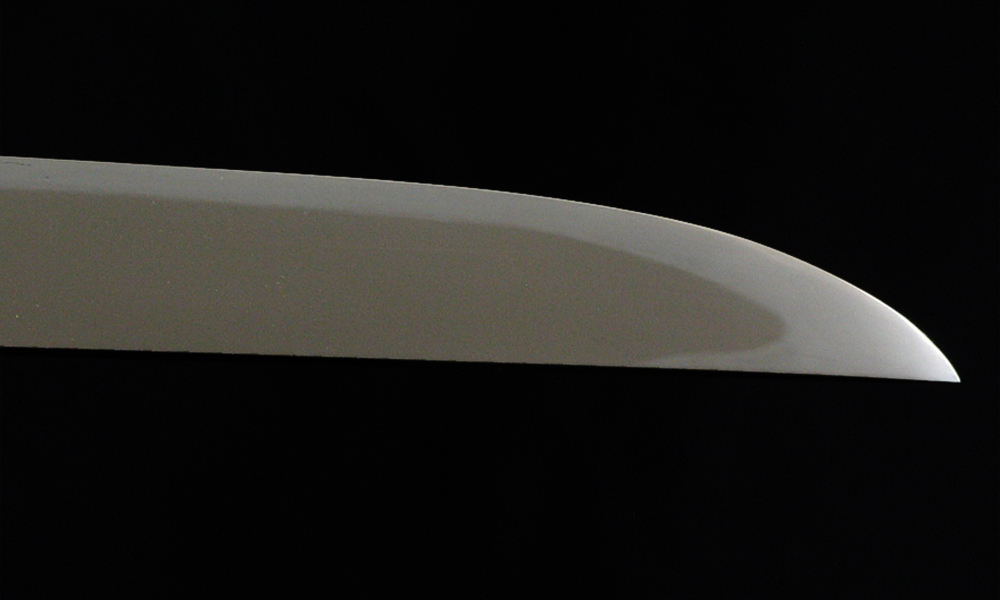 Even those seeing a Japanese sword for the first time are captivated by the vividness of the hamon (blade pattern). The hamon refers to the part that is tempered with extra heat, so it is actual proof that the sword went through the tempering process.

The swordsmiths could simply stretch the pattern straight and parallel to the blade edge, but this is the part where the smiths can show his own individuality without reserve, and it is where they pour out their spirit in the sword-making.

The hamon pattern does not affect the sharpness, but the artistic curve lines and gradation has a kind of beauty that captures every eye that beholds it. The pattern of the hamon differs between generation and school and has countless variations, making it a critical area in the examination process.

The hamon pattern can be roughly divided into suguha (straight blade) and midareba (wild blade). The suguha generally has its line going parallel to the the blade edge, but it will certainly have a curve somewhere, so each suguha sword has its own characteristic.

The midareba, on the other hand, refers to all patterns that are not suguha, and these have their own individual names depending on their patterns.

The choji (clove) has a pattern that looks like many cloves lined up together. The gunome pattern has a certain pattern lined up in an orderly maner. The hitatsura pattern has the tempering through the hiraji, shinogiji, and the ridge area.

The hamon is also divided into nie-deki and ­nioi-deki. This refers to the chemical reaction that happens during the tempering process. The “nie” has large and rough iron particles scattered and shining, with each particle visible to the naked eye.