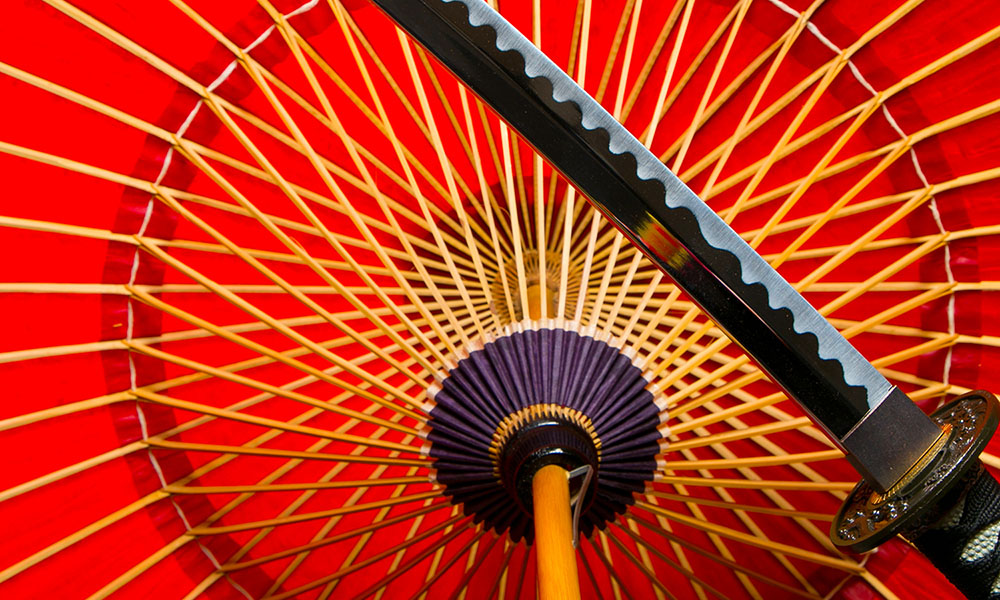 We will continue introducing Japanese idioms that related to the sword.

“Seppa tsumaru” (The seppa is stuck)
Seppa is a long elliptical thin metal piece on both sides of the swordguard. One is placed between the guard and the habaki (the metal encircling the base of the blade), and another between the guard and the hilt. It is designed to stabilize the swordguard. When this seppa is stuck, the sword cannot be drawn, leaving you in a rather urgent situation in which you cannot fight and cannot run away. When one is in such a situation, we used the term seppa tsumaru.

“Mi kara deta sabi” (The rust from the blade)
If you neglect the maintenance of your sword, the sword blade will inevitably produce rust. A rusty blade is not only useless for when it really matters, it can also cost one’s own life if one is not careful. From this analogy, it is now used when someone suffers from his or her own bad habits and bad behavior.

“Origami-tsuki” (With origami)
Origami here refers to the certificate of authenticity issued by the Hon’ami family only to swords that are undoubtedly authentic. Because of this, origami-tsuki means someone or something that is truly authentic.

“Futokoro-gatana” (Pocket-sword)
This was also called kaiken (懐剣) and in ancient times people carried these in their pockets or in the belt of their clothing as a form of self-protection. These swords are always by your side, and they protect you in cases of emergency. This developed the meaning of someone who is close to you and that you can count on in times of need. This further developed the meaning of subjects and workers who are always involved in important plans, possess expert knowledge and skill, and show loyalty toward their masters.

“Tachi-uchi dekinai” (unable to fight with big swords)
A tachi is a sword carried by samurai during the Heian and Kamakura periods, and it was typically longer and had a stronger bend than the Uchi-gatana of the Muromachi period and thereafter. Tachi-uchi referred to s swordfight involving these big swords, but now it is typically used in the negative to mean the two sides’ abilities are so far apart that there is no use competing, or cases in which one side has no hope of winning against the opponent.

“Kyuba shinogi” (Coping with an urgent situation)
This is now written as 急場凌ぎ but it used to be written as 急刃凌ぎ (the character 場 meaning “place” has replaced the original character 刃 meaning blade). During battle, often the blade would break but in the thick of the battle you have to somehow get through it even with a broken blade. This developed into the idiom meaning “show how getting through the situation”,