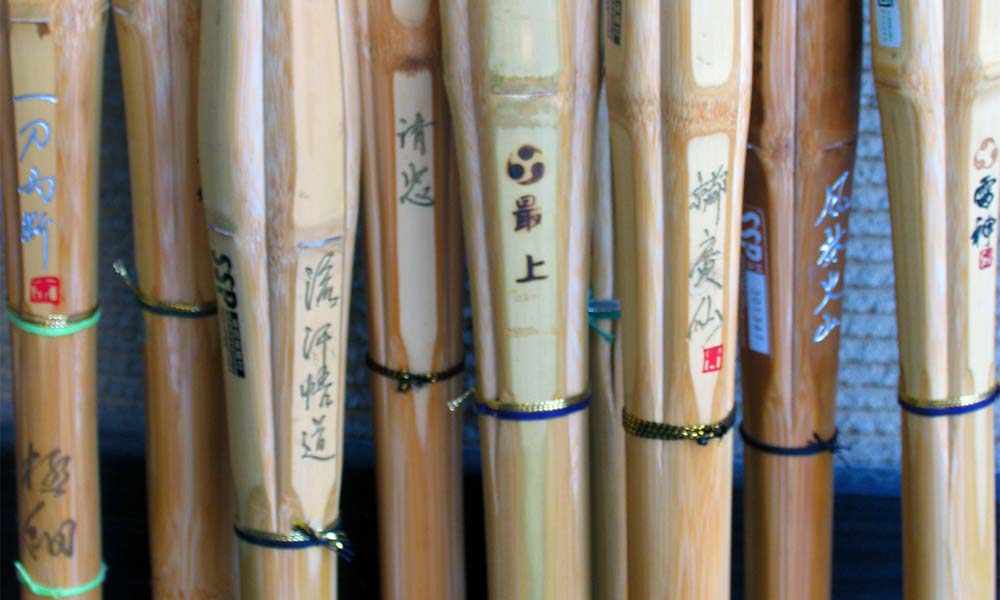 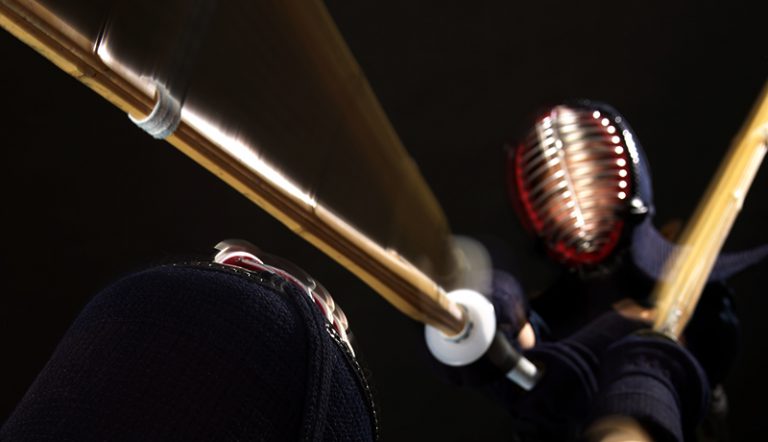 The Shinai used in contemporary Kendo is made out of a bamboo split into four slats and attached together, making it a four-sided Shinai. Bamboo originated in China, where there are said to be over 600 types. The two types of bamboo predominantly found in Japan are the ‘Madake’ and the ‘Moso-dake’, and they grow throughout all of Japan except for Hokkaido and the northern region of Honshu. From the two, the ‘Madake’ provides the most suitable material for making Shinai, but since the 40th year of the Showa Era, locally grown bamboo has been dwindling, limiting the material reserve. As a result, most of the bamboo found on the market these days is grown in Taiwan. Amongst the types of bamboo grown in Taiwan, the kind known as ‘Keichiku’ is the one closest to ‘Madake’ in terms of its fibre and density, and it’s become the most popular type of material for crafting Shinai. When compared to ‘Madake’, ‘Keichiku’ is slightly easier to split and can be produced in bigger quantities and at lower costs, making it widespread among Kenshi.

Madake excels as the best material for making Shinai thanks to qualities such as the density of its fiber, pliability, color, and luster, but also because the innermost part’s fiber is very stiff, preventing it from breaking or splitting easily. However, once again, since Madake harvests tend to be scanty, the price of a Madake Shinai is inevitably expensive.

In recent years, four-sided Shinai made out of carbon are being used too. Carbon Shinai are often procured for educational Kendo at junior high and high schools. Carbon’s best quality is that it’s very hard to break. And since expenditure at schools is restricted, there’s more value for money in using carbon Shinai. This is because despite being more expensive, a carbon Shinai is more durable than a bamboo one, and the former will usually last throughout the scholastic year. This is particularly suitable for places that have a lot of beginners. However, compared to the conventional Shinai, the carbon’s hardness has a negative aspect to it, since that and its added weight, cause more pain upon direct impact. So, while saying that it’s suitable for beginners, this doesn’t go for young children. Also, outside of school, Kendoka who are earnestly focused on honing their craft are not very fond of this type of Shinai. What’s more, it’s actually banned by in some Dojo in Japan. 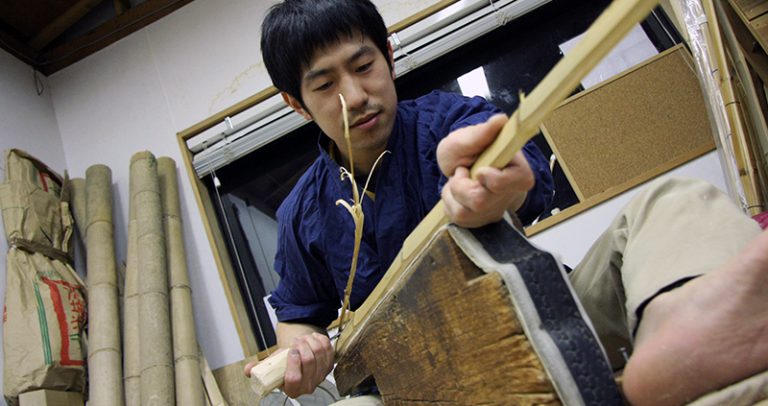 We’ve already covered some of the reasons why carbon Shinai are not very widespread in Japan. The main reason, however, is that the feel of the strike differs from that of the bamboo Shinai, especially since it’s heavier, making it hard to get used to. Some people claim that it’s not popular among high-level teachers since it doesn’t make a pleasant sound upon striking. Despite this, there’s a fair amount of practitioners who’ve been using it long, and they eventually get accustomed to its weight and sound. On the other hand, most people who’ve been using normal bamboo Shinai all along may feel that the carbon one is unnatural. All in all, if you consider safety, value for money, and its effect on your performance during competitions, keeping a carbon Shinai as your second-choice spare is advisable after all.

After carbon shinai failed to rise in popularity and make it into most Kendoka’s good books, the new and next level of Shinai introduced on the market, called the ‘bio-Shinai’, goes closer to the feel of authentic bamboo, with improved durability and safety as well. The surface of the bamboo, in this case, utilizes a special type of bio-technology coating, and its price is set even lower than that of its carbon counterpart. It’s twice as durable and requires about half the maintenance when compared to an ordinary bamboo Shinai, so it’s likely to gain more popularity over time. Having said that, bio-technology is based on naturally grown material, and it’s bound to break after so many usages, with some lasting longer and others shorter. That’s why there still is a very good number of practitioners who opt for authentic bamboo Shinai after all.

The bottom line is that Madake as well as Keichiku Shinai remain to date overwhelmingly popular due to their excellent usability.