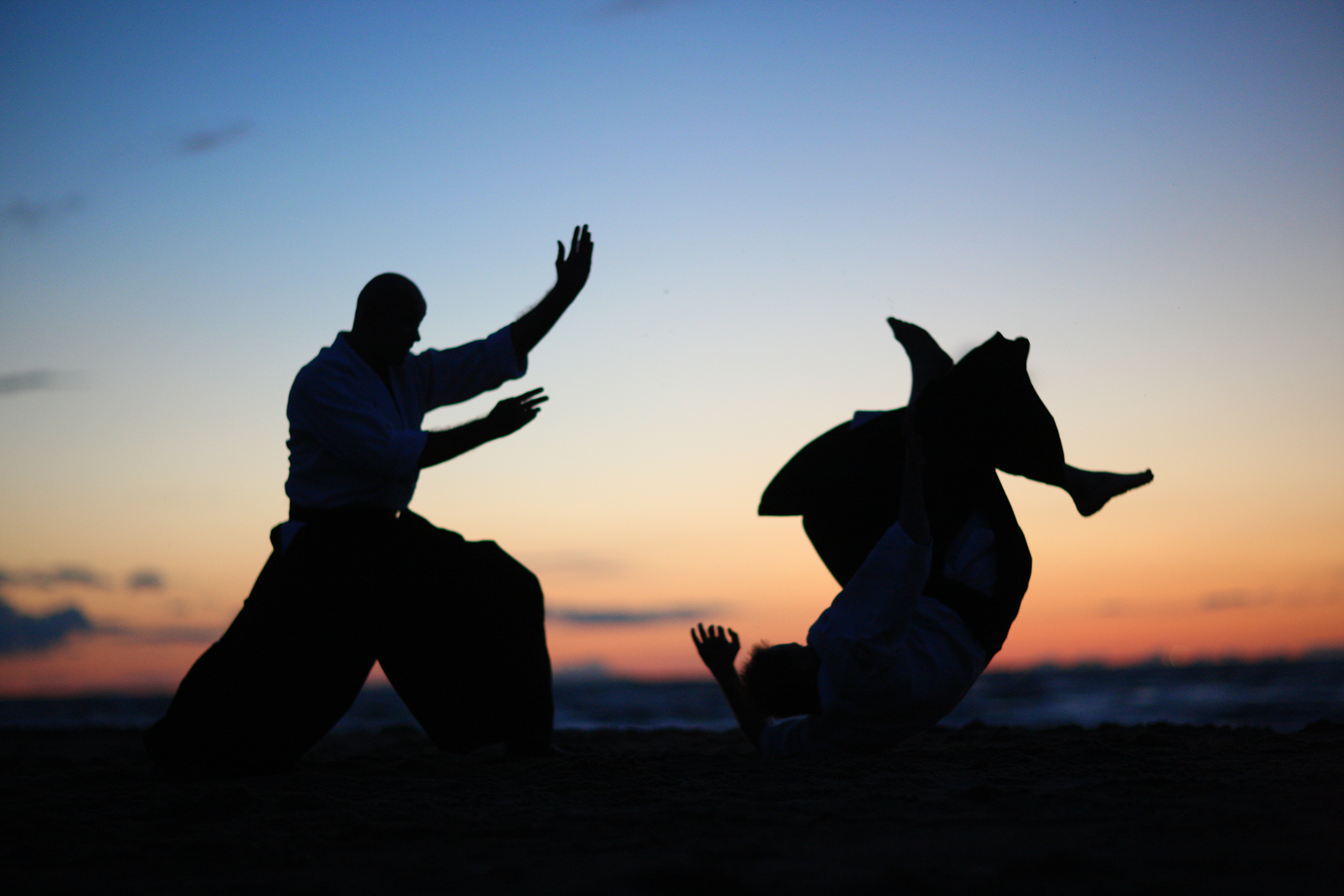 Victory over the Self

It is axiomatic among budoka that budo is not a sport, and there are good reasons for it; instead of chasing a higher score or a faster time by any means necessary, budo practitioners are looking to develop their minds and bodies, beyond questions of winning and losing. For aikido in particular, the question of competition is considered a distraction from the true principles of the art. Aikidoka like to quote Morihei Ueshiba, the founder of the art, saying that “true victory is victory over the self,” meaning that budo, and aikido in particular, is a form of training for the mind and body that can help us lift ourself out of the roiling storm of our own desires, conflicts, and emotions.

This is a lofty sentiment, but can be further elaborated on to delineate what makes budo different from a sport, and to outline the true role that competition plays in budo practice. Taken at surface value, the idea of victory over the self implies that an aikidoka is engaged in a solitary pursuit, slowly overcoming adversity and paring away aspects of her personality that would hinder excellence. Given that definition, one could ask whether aikido differs from any other activity where one is working to be better at some individual task. For example, in craft work like carpentry or knitting, one practices by doing, observing results, and refining technique and approaches. A beginner can only improve if he or she can muster “victory over the self” in order to overcome disappointment and anger at making rookie mistakes. In craft work, as in budo, there is no competition. Either you learn the care and skill to make a table that doesn’t wobble, or you don’t. Either you concentrate hard on fine details to refine your approach to iriminage, or you’ll never get it.

Budo’s distinction from other physical activities lies, I think, in the particular form of competition takes within it. In its essence, competition in budo is a granular process of matching oneself against the speed, skill, and intelligence of one’s training partner, not to prove who is best, but to help each other improve. This improvement can only happen with the right spirit of experimentation, discovery, and repetition that’s the core of learning. A keen budoka is always watching others, noting how they move and trying to adopt the successes and avoid their mistakes. This competition is felt most acutely in the midst of performing techniques. When my senpai shuts down my attempt to unbalance him, he may have “won” but he is not proving who is “better” at aikido. Instead, he is giving me valuable feedback about how I could improve my posture, the tension in my shoulders or my angle of attack and do it better the next time.

Competition in budo is clearly not in goals scored, or races run faster than the other competitors, as it is in sport. Instead, the body keeps the score, by becoming stronger, more upright, more relaxed and practiced in the movements and therefore more fluid and successful in executing technique and receiving it. This cannot happen without a dojo full of senpai and kohai who are in fact one’s competitors, though not in the sense of rankings, gradings, or matches won. Competition, in budo, is more like the way stones at the beach become smoother and more refined as the waves knock them together: we are all refining one another so that everyone in the dojo can achieve victory over the self.