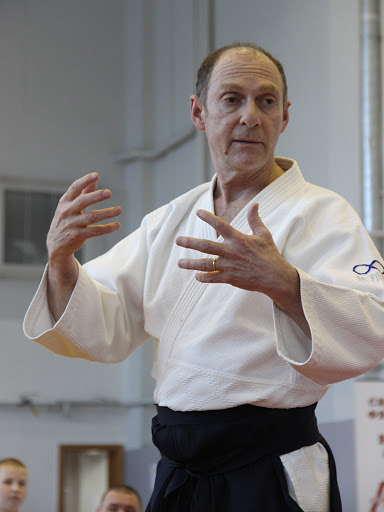 An Interview with a Master: Part 6.

A: Well, there are many stories. Many of them are in the book. He loved to party and anytime there was an opportunity to party he would and sometimes for no reason he would just ask us to bring beer.

Even when he would tell a story or something there was so much passion. You could hear it in his voice and see it in his focus – the words he was speaking came alive.  At the same time he was very funny and he would laugh all the time. You could see that there was an intensity to everything that he was doing – even if he talked to you about something mundane there was an intensity to it

Q: I have just one more question left, and it is, if you could go back in time and give yourself one piece of advice what would it be?

A: Maybe it would have helped if I had studied a little bit more, maybe Japanese or English or something like that. But the fact that I didn’t know anything, meant that everything was an adventure.

Because I was learning everything, when I would speak with somebody who spoke English everything would be new, so I would learn new words and learn like that. I didn’t know anything about Japan so everything was new. In a sense it would have been good to have more knowledge, because I would have had been able see things a little more objectively, but in another sense the fact that it was a personal experience was great opportunity too. So, I don’t know.

Q: That is the most important thing.

Q: Sensei, thank you very much it has been an absolute pleasure talking with you.

A: Thank you very much for your time.

If you are interested in learning more about Jacques Payet Sensei’s adventure as an uchi deshi, then make sure to check out his book.

Or if you are interested in learning more about the art of Yoshinkan Aikido from the words of the founder then check out the “Shugyo – Harmony on confrontation” and “Jinsei – My life in Aikido” books translated by Payet Sensei here: HERE

Thank you for reading and please stay safe.