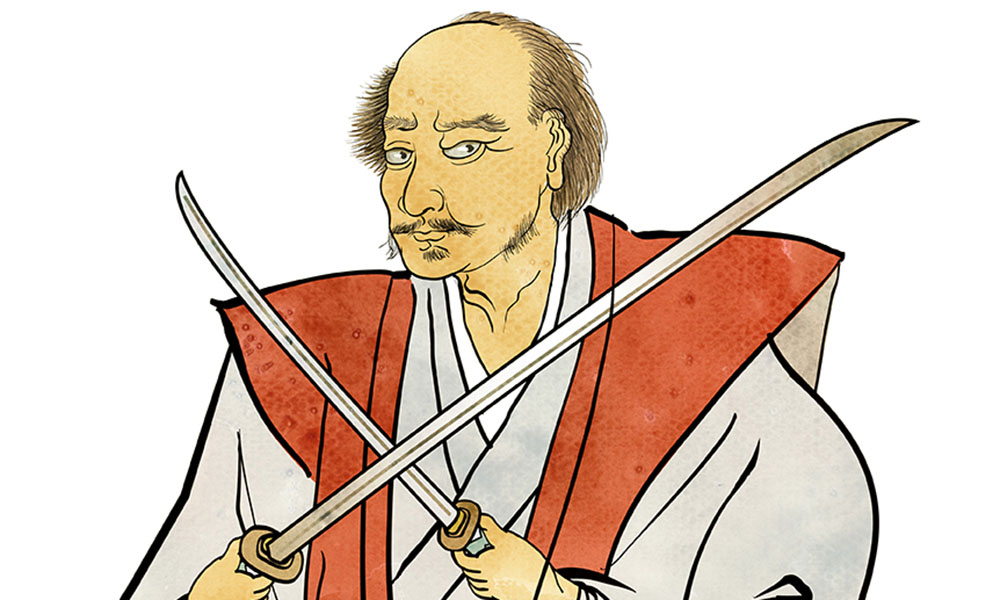 The last six months of my life has been pretty much all about Miyamoto Musashi. When I’m not doing my real job, Musashi is sure to be there giving me a hard time. He has even been haunting my dreams of late. The reason for this obsessiveness is a recent book project that, in a fleeting moment of madness, I decided to take on.

Yes folks, the world’s bookshelves are about to be adorned with yet another translation of Musashi’s classic, Gorin-no-Sho. As if we need another one, right? True enough, if I’m perfectly honest; but it has been a profound undertaking for my own personal development in kendo.

I have been reading Musashi from the moment I started kendo way back in 1987. I have every available in English and in modern Japanese translation. I have read them all cover to cover, and each has its own take on what Musashi was trying to say. They’re pretty much a mixed bag when it comes to quality. Some translations are much better than others in terms of readability and accuracy, but arguably one of the defining issues of quality is the translator’s familiarity of kendo.

In the course of attempting my own translation based on the original classical Japanese, I found that sections making the least sense in many of the modern translations actually made perfect sense, at least to me. The main problem I encountered was that even though I ‘got it’, how was I supposed render ‘it’ into English? It’s not a matter of translation skills or knowledge of the appropriate vocab.

It has more to do with finding ways to verbalize concepts that are not understood so much with the mind, but are embodied through years of harsh training. In other words, Musashi’s teachings are not intellectual. They are intuitive.

His writing style is not particularly complex, nor is it very polished. The value of the content is not in the prose, but in the essence of what can only be understood through chucking body and soul into training. Musashi didn’t write the book for neophytes; entrusting the now non-existent original manuscript to Terao Magonojo, he wrote it to bequeath knowledge to his top students.

Thus, Gorin-no-sho was basically a sort of memo imploring his boys not to forget what he taught them, and to exploit it to find their own “Way”. Most sections conclude with “Examine this carefully”, or “Research this well.” It’s as if he was saying “These are the bare bones, but its up to you guys to flesh it out.”

In many ways it is an open-ended book. It contains matter-of-fact principles that form the crux of Musashi’s strategy and combat principles. But, I don’t believe it seeks to be a definitive work. This is possibly where many of the modern translations miss the mark. Too much can be, and often is, read into the content from philosophical or literary perspectives.

Ultimately, however, the lion’s share of his teachings are things that can only be inferred through getting it on in the dojo. With decades of rigorous kendo training under my belt in Japan, I now get a feeling of what he means—not with my intellect, but with my body and mind.

Compared to ten or twenty years ago, my appreciation of Musashi’s observations is in a different realm. It’s like I have travelled through a “Five Ring” wormhole into a parallel kendo universe where things seem so much clearer. Of course, I am in no way suggesting that I totally get it. Far from it! However, the formidable task given to me by the publishing house Tuttle provided impetus for some pretty deep introspection, whereby many pieces of the kendo puzzle inadvertently fell into place.

On one hand, I interpret this as an indication of the progress I have made in my own kendo journey—something that is rarely evident from a subjective standpoint. On the other hand, it reaffirmed to me just how significant Miyamoto Musashi’s influence has been on the technical and spiritual evolution of modern kendo.

Thank you Musashi-sensei. But please sir, can you leave me alone for a bit so I can get some sleep!