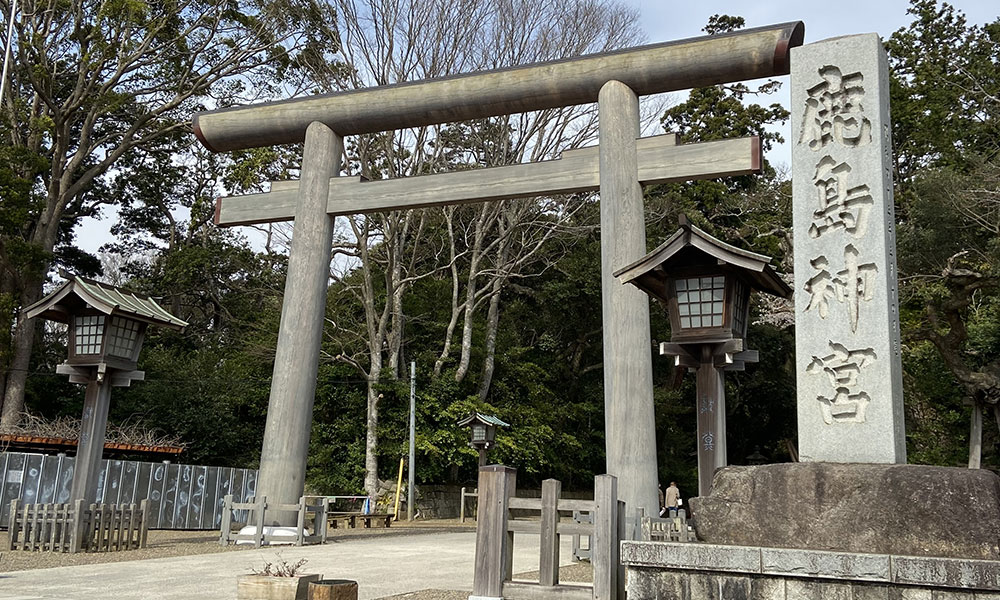 These are MUST-VISIT places for Budoka

Not only in kendo, but in any contest are decided not just on raw ability. “Luck” can also play an important part. There is a saying “do your best, and leave the rest to Providence.” In order to win, the basic idea is to do everything within you power. But many people in the past have sought to bring invisible power, praying to the gods for victory. Places where those people prayed for victory, and subsequently went on to achieve great feats, are called “power spots” in Japanese. Here I will introduce some of the most famous places people go to pray for victory.

Kanda Myojin is a shrine located in Chiyoda-ku, Tokyo. The official name is Kanda Jinja, and it is where the Kanda Matsuri, one of the 3 Great Edo festivals, is held. The gods enshrined there include, Onamuchinomikoto, Sukunahikonanomikoto, and Tairano Masakado. Because of these gods being there, the place is known for joining people in relationships, success in business, warding off evil, and victory in contests. Regarding victory, it has a famous history. Before the Battle of Sekigahara in 1600, known as the deciding battle in Japanese history, Tokugawa Ieyasu came here to pray to Tairano Masakado. He went on to win convincingly. Based on this, inside the shrine the sell a good luck charm named “kachimori” (victory protection).

Gokasho Joshi is a former castle site located in Mie prefecture, Watarai region, Minami Ise-cho. It is also called Aisujo. Today there is only a reminder of the castle on top of a hill with overgrown grass. But this place is strongly associated with Aisu Ikosai of the Aisu family who are known to be the founders of kendo. The Aisu family ruled this area about 600 years ago. Aisu Ikkosai was part of this family, and in his 30s he traveled around the country to train himself, and eventually set up the “Aisu Inryu” school. This Aisu Inryu is the roots of late famous swordsmen like Kmiizumi Nobutsuna and Tsukahara Bokuden. Because of this, Gokasho Joshi is known as the birthplace of kendo Every year, on the 3rd Sunday of August, many famous kenshi are invited here for the Kensosai (Festival of the Origins of Kendo).

The Hachidai Jinja is a shrine in Sakyo-ku, Kyoto. The god enshrined there is the famous Susanoonomikoto from Japanese mythology. Susanoo is famous slaying the eight-headed dragon, but he is not enshrined as the god of swords or of battle. He is the god who removes water disaster, fire disaster, and sickness as well as giving abundance to the harvest. Nevertheless, Hachidai Jinja is known as an important spiritual place for those involved in kendo. It is where Miyamoto Musashi visited before taking on dozens of swordsmen from a famous school in Kyoto. Many people visit this place before important matches. Inside the shrine is a statue of Miyamoto Musashi, so it is a place that all kenshi would like to visit once.

Tsukudo Jinja is a shrine located in Chiyoda Kudan of Tokyo. The main god enshrined is Amatsuhikohono-Niniginomikoto, but when the shrine was first built it was to deify Tairano Masakado. Before the war, it had the head and imagery of Tairano Masakado, and it was a central place of the cult of Tairano Masakado, but it burned down during the war. The cult still remains, and there are many black horses depicted within the shrine, representing Tairano Masakado’s skills in cavalry fights. Since he is the guardian god of Nihon Budokan, known as the “Sanctuary of Martial Arts”, many martial arts practitioners pay visits to pray for victory. The “kachimori” sold at New Year is known to carry good fortunes.

Kashima Jingu is a shrine located in Miyanaka, in Kashima city of Ibaraki prefecture. Here the god of Japanese martial arts, Takemikazuchi, is enshrined. Takemikazuchi played an important role in the founding of Japan, and is also known as the god of the sword, of battle, and or armies. It is therefore an important spiritual place where not only kendo players but all practitioners of martial arts pay visits constantly. One attraction is the treasure hall inside the shrine, where straight swords designated as national treasures are displayed.

Iwashimizu Hachimangu is a shrine located in Yawata City of Kyoto Prefecture. It is regarded among the Three Great Hachimangu (Shrines of War Gods), with a long history. It is said to have been built in 860, and is designated as a national treasure. This shrine has a stone-paved path that leads to the main hall of the shrine, in which a natural stone makes up part of the path. This stone is called “Hitotsu Ishi” (one stone), and also “Shobu Ishi” (contest stone). In the past, there were horse races held with this stone as the starting point. Also, when the Yuan (Mongol) Dynasty of China invaded Japan in the Kamakura period, those praying for victory walked between this stone and the main hall 100 times as they prayed. Because of these stories, this Hitotsu Ishi is believed to have spiritual power for contests, and one can gain good fortune toward victory by touching the stone.

Kentatsu Inari Jinja is a shrine located in Minami-ku, Kyoto city. It is an old shrine that, according to some sources, dates to 538. Since it is older than Fushimi Inari Taisha it is often called “Moto-Inari Jinja” (original Inari). The gods enshrined here include Ukanomitama-okami, god of good fortune, and Sarutahiko-okami, god of traffic safety. At this shrine you can get a charm called Samuhara-mori. The word “samuhara” is considered to have strong power, and during wartime, it was believed that soldiers who carried these could avoid trouble. Even today that belief remains strong, and the charm is popular as it is believed to bring better luck in contests and help the holders avoid sickness and disaster.