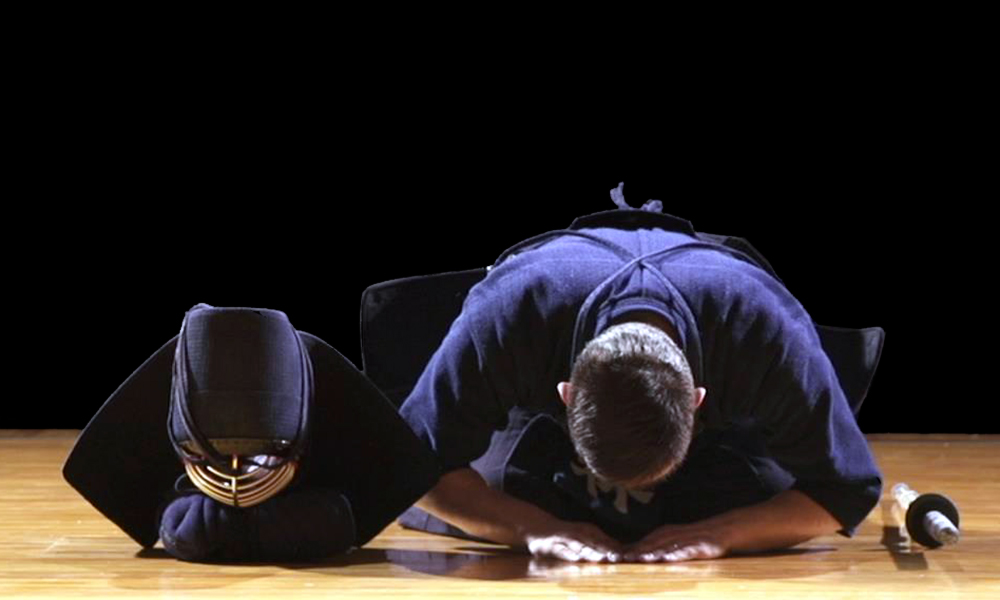 The way of the samurai values mannerisms (rei) above all else as reflected in the saying “It begins and ends with rei (mannerism/bowing)”.

Rei refers to the actions and behaviors expected at various events, and signifies the moral standards for developing human relationships and maintaining social order. Rei is now written as 礼 but it used to be written as 禮. It has the radical of 示 which signifies divine rituals, and 豊 which signifies the abundance of offering. It originally meant rituals at ceremonies and the status, obligation and action determined by the kingdom, but later it took on a more conceptual meaning and referred to moral standards.

In Japanese martial arts, rei (bowing) is done many times. You do it when you enter the dojo, you do it to those above you or your teachers, you do it to the upper seat before and after practice, and before and after matches. There is a standing bow and a sitting bow. For the standing bow, you stretch your neck and your back straight and slowing bend your waist to about 15-30 degrees. To your master, the upper seat, and to your teachers, you often bow deeper, to about 45 degrees.

The sitting bow is done from a seiza posture (sitting on your knees). You straighten your back as much as possible and slowing bend your waist, place both your elbows on the ground and prostrate your whole body. It is usually done before and after practice to your teachers, superiors, and masters. As with the standing bow, the particular movements are all specified.

Both the standing and sitting bows have many details and it may be tedious at first, but Japanese martial arts cannot exist without rei so it is good to understand the meaning in each action and do it with all your heart. If you have a heart of respect and gratitude toward you opponents, your teachers, your subordinates, the upper seat, the dojo, your surroundings, and the opportunity to engage in martial arts, it should not be that difficult.

Rei is not just about bowing. For all martial arts it is important to acknowledge your opponent, be thankful, have respect, and exhibit the best manners. During practice and matches, you show respect and gratitude to your opponent who has trained hard and who tries his or her best to match you. From beginning to end, you should maintain a heart of integrity, respect, and discipline. To make marital arts more refined, the importance of mannerisms cannot be stressed enough.