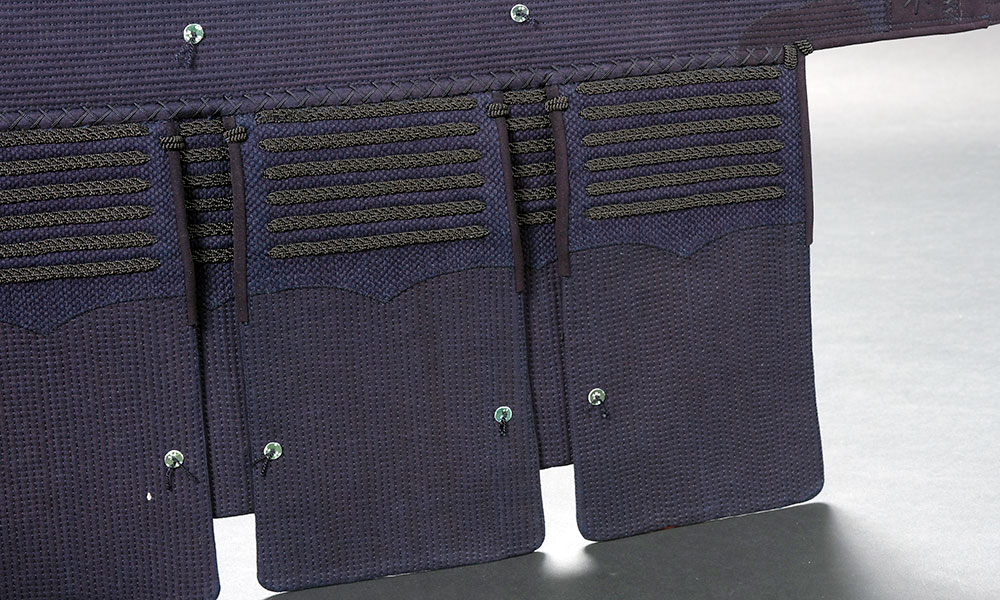 The thickness and stuffing

You may think that if a tare is thin then you could tie it tightly to make a good fit. As it is not struck as often as the men or kote, there are many times when very little care is given to its impact absorption. A common slogan seems to be thin, light and easy to move; however, a tare that is too thin is a bad thing.

Light and thin is certainly popular at the moment. It is much easier to make, but as light, jersey style kendo-gi have become common, we see more often that when we sweat it isn’t absorbed by the kendo-gi and is all absorbed by the bogu. This increases the rate of deterioration of the bogu.

When they are thin, there is also the creases that develop just as with the men-buton. Even saying that it is less frequent, there are times when the tare receives strikes, so just like with the men-buton or kote-buton it is better select one with adequate stuffing.

The thickness and width of the Obi

Especially with the Tare-obi portion of the tare, the width and thickness are very important. If this part is thin or narrow, it can become the cause of backpain.

While flexibility is important, without a certain amount of thickness, the strings will become too tight. The thinner the obi is, then, the tighter it becomes. Doing this will cause strain to develop in the back. A tare is a supporter below the waist or functions as a corset. By securing it below the naval, the waist becomes stable. That is why among high ranking sensei, many wear a shita-obi under their hakama.