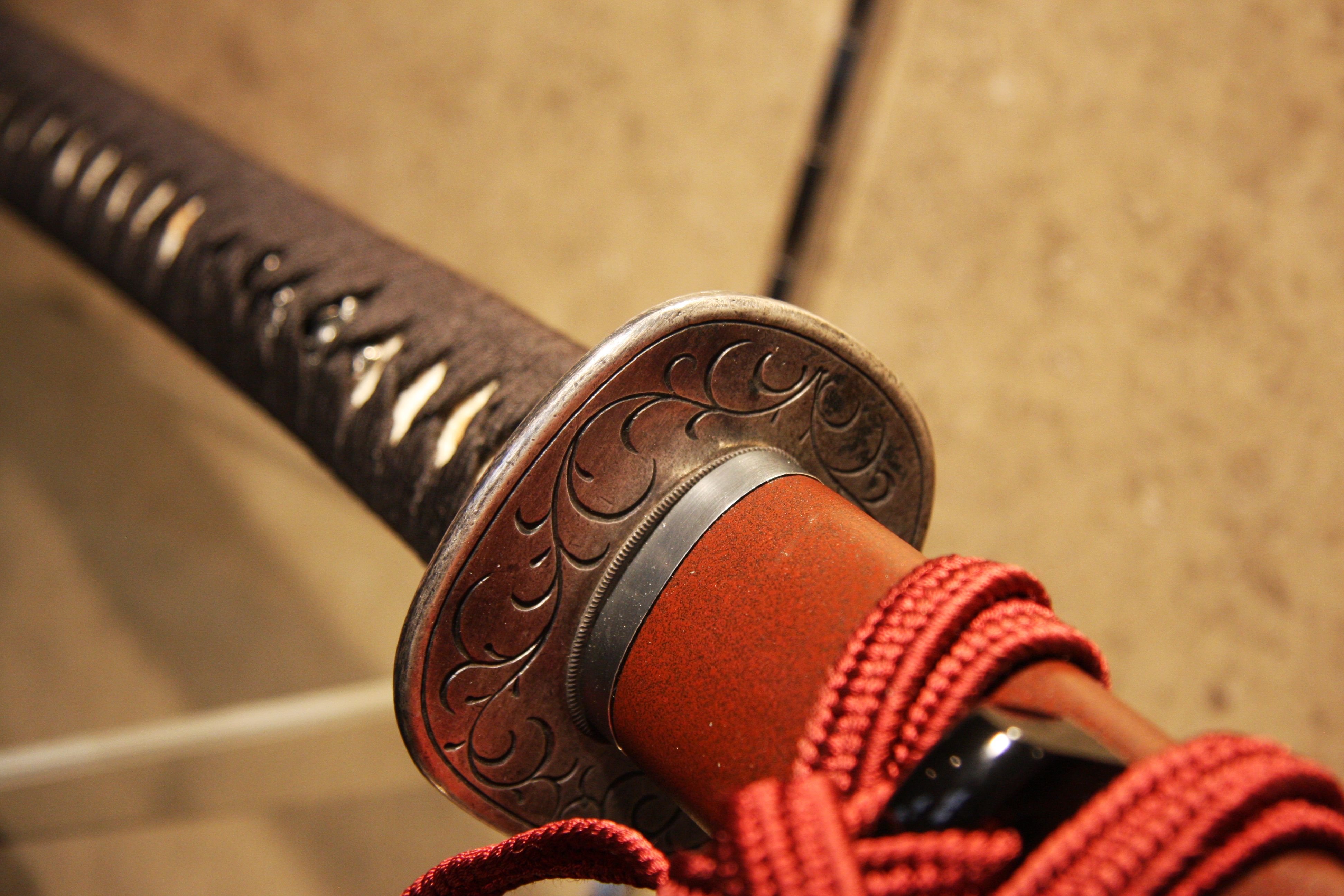 We continue our previous article concerning Sasaki Kojiro’s infamous long sword the Monohoshizao and how it was brought to life for the silver screen in Mikami Yasuo’s ‘Musashi’. Previously our chairman Kimura Takahiko and famous jidaigeki actor Matsudaira Ken discussed the character of Sasaki and what it was like portraying him. This time they discuss his sword and what went into its design and production.

Matsudaira: When I played Kojiro this time round, the sword made by Tozando really helped in preparing for the role. How did Tozando get involved with preparing the swords used in the play?

Kimura: When director Mikami released the movie “Shundo” in 2013, we were chosen to make the sword for the role of Harada Daihachiro. Because of that connection, he asked us again this time. Director Mikami is himself a practitioner of iaido, so he wanted something authentic. We made it with great care, not only for the appearance but also weight, balance, and design. I actually brought the sword used in the movie with me, as I heard I was having a discussion with Matsudaira-san.

Yes, yes, this is it. Wow, this brings back memories, May I hold it?

This sense of solidness, and profoundness…I have played all sorts of roles in historical plays, and each time held different swords. But when I held this long-sword called “monohoshizao” (laundry pole), I felt a sense of solidity holding it, and profoundness as I looked upon it. It made me really brace myself.

When this long-sword was completed, the first thing I thought was “can someone draw a sword so heavy?” But I saw you easily swinging the sword and was quite astonished.

I did practice a lot, but during the shooting it was as though something came upon me, and I could swing it anyway I liked.

That’s just what you do isn’t it?

You made the sword not only for Kojiro, but also for Musashi, and Sawamura Daigaku (a senior vassal of the Hosokawa clan), Yoshioka Seijuro, all at Tozando. Are the swords used in the movie Musashi different from the metal fake swords used in sword battles and for decorative purposes?

“… we wanted to respect director’s insistence on authenticity …”

Usually the swords used in historical players are made from bamboo or aluminum alloy, which are easy to use in sword battles or for sword demonstrations. But this time we wanted to respect director’s insistence on authenticity by making the swords as close to the real thing as practically possible. In this movie, the sword blades were made from a specially reinforced alloy, which is used for swords in iaido demonstrations. It is called an “iaito”. The balance and ratio of weight is probably very close to a real sword.

That is probably why I felt like I was really carrying a sword. You must have had many difficulties in making the swords.

This long sword of Kojiro’s was especially difficult to make compared to the others’.

The blade of the iaito is made from the specially reinforced alloy, but you can’t just put the metal plating over the cast alloy and call it done. The blade that has been cast must be polished by the artisan one bit at a time, all by hand, to complete it.

That’s right. Kojiro’s long sword is about 3 feet (90 cm) so it takes a long time to polish it. Also, when we think about durability, we had to make the blade not only long, but also wide and thick. Because of that, we used a relatively heavy type of alloy, so it must have felt very heavy holding it. In any case, there was a lot of work that had to be done by hand.

I had no idea that it took that kind of process, and that it was made by hand.

That’s it for this part, keep an eye out for the final part where Matsudaira-san and Kimura-san finish their dicsussion regarding swords and move to the place of jidaigeki (classical samurai dramas) in modern Japan.