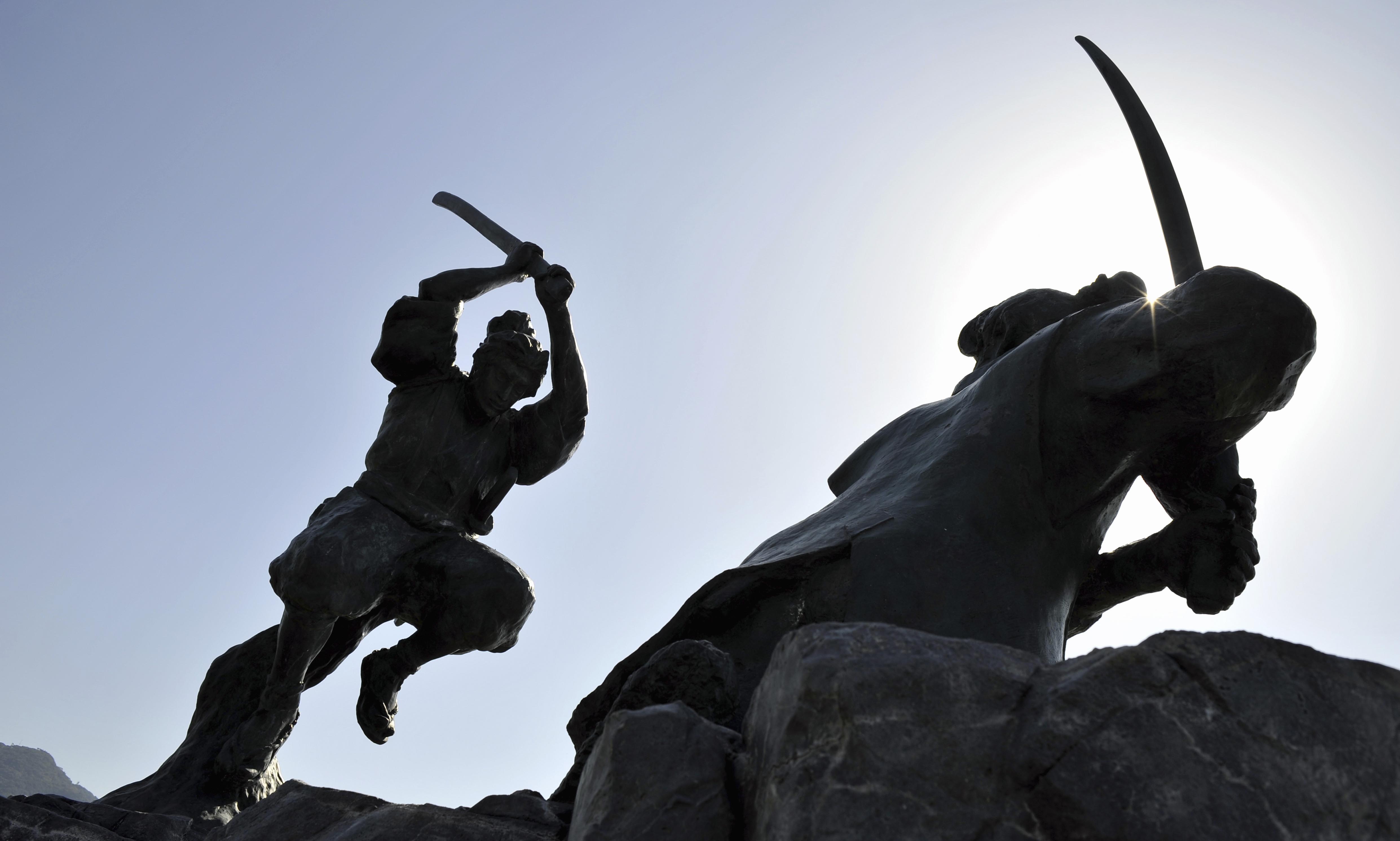 This is the final part of our series on Sasaki Kojiro and his latest depiction in the film Musashi, as well as the sword that was made specially for the actor Matsudaira Ken to use in his protrayal. If you haven’t read them already, then check out Part 1 and Part 2.

In this concluding piece Matsudaira-san and Tozando’s chairman Kimura Takahiko finish discussing how Kojiro’s sword was made for the film and also the importance of the sword and martial culture’s impact not only in Japan, but also across the world.

Kimura Takahiko: The final touches to Kojiro’s sword were done by hand. To finish iaito we apply a chromium plating over the blade, but Kojiro’s sword is so long that the plating process was difficult. When that is done, we must add the hamon (blade pattern).

Matsudaira Ken: That is the distinct pattern given to the blade, right?

That’s right. According to legend, the dual at Funajima was conducted with a Nagamitsu sword from Bizen (Okayama) Osafune, so we made it with the Nagamitsu in mind. The blade is complete when the hamon is added, but then we have to attach parts like the rim, the pommel, and the hilt to the shaft and wrap ito (cords) around the sword handle, called the “emaki” process. There is also the process of adjusting the base, the washer on both sides, and the handguard to fit the size of the blade. This is what we call the “koshirae” (decoration) process.

Considering that is an Iaito and not a real sword, there is such a long process to its creation. When I held this long sword, I felt like it was constructed very solidly, almost like a real sword.

Aside from the blade the whole process is very similar to that of a shinken (genuine katana). We even abide by the strict rules for the emaki process.

What sort of rules?

For example, there is a metal piece called “menuki” (hilt) wrapped to the shaft, but the direction of wrapping is fixed, called “heaven and earth” (tenchi). The end part of the wrapping is called “tome”. And there is “sashiomote” (the outer part of the sheath when the sword is worn at the waist) which requires an “omotedome” (front tying) and for the “sashiura” (the inner part when worn on the sheath, closer to the body) requires an “uradome” (back tying). So there are all these tying rules too.

Some time ago, I heard that when they wrap the hilt there is an upper string and lower string which are tied alternately. That must be one of the rules aswell.

Exactly. When your opponent’s sword catches your sword’s hilt, sometimes the string breaks, but tying it alternately makes it difficult to come loose at such times.

That is truly the wisdom of our predecessors. It’s not just about tying it in a diamond shape. What about Musashi or Yoshioka Seijuro’s swords? What image did you have when making those for the film?

Well, Musashi’s character’s age was set in his late 20s, so we did some historical investigations to build up our imagination.

It’s as though the swords themselves were preparing for their roles just like the actors do.

You’ll find the swords of the Yoshioka family members have strong individual traits. For example, Seijuro is from the Kyohachi kenjutsu school, but he also has a kind of elegance. His younger brother, Denshichiro, is a realist and has a boorish nature to him. Based on their personalities and their words and actions, we imagined what kind of sword style might suit them.

Speaking of swords, swords are becoming more and more popular among women.

They are affectionately known as “token-joshi” (sword girls). Last year, a large sword exhibition was held at Kyoto National Museum and there was a very long queue, even thorughout the week.

That is something to be happy about. I think it’s great for young people to take an interest in Japanese culture through swords, historical plays and games. Especially the sword, which was the symbol of the samurai, and reflects the spirit of the Japanese people.

That’s right. Even in the words we use in daily conversation we can find expressions derived from the sword, like “sori ga awanai” (unable to get along; lit. the curve does not match) and “tonchinkan” (absurd).

Is “tonchinkan” related to the sword?

Swords are made by forging iron, and the master and the apprentice alternating in striking the metal in tandem. The onomatopoeia that shows that the mallet is hit well in good rhythm was “ton-ten-kan”, but when things aren’t going well it apparently sounded like “ton-chin-kan”. From this, “tonchinkan” is used for things that seem off or not going well.

That is interesting. This shows how the sword is such a big part of our lives even without realizing. On the one hand, the sword is a weapon that causes people to be scared. On the other, it commands an outstanding position. It has a sense of awe. When one sees it or holds it they take it seriously, or fix their posture. Even if we look around the world, I think it’s rare that a weapon has carried so much divine influence. It’s also one of the 3 Sacred Treasures of the Japanese Imperial House.

It is easy to think that this attitude is confined only to Japan, but overseas, we see people who watch historical movies and take up a Japanese martial arts. That is where I think the role of the historical play is huge – to foster budo culture not only in Japan, but also overseas.

Exactly. When seeing an old historical play, I feel the kind of “heart” that we seem to have left behind. I hope many people watch “Musashi” and can rediscover a unique part of Japan each in their own way.

Thank you for reading this article! Keep an eye on our blog for mroe articles covering budo, specific martial arts and traditional Japanese culture in the near future!