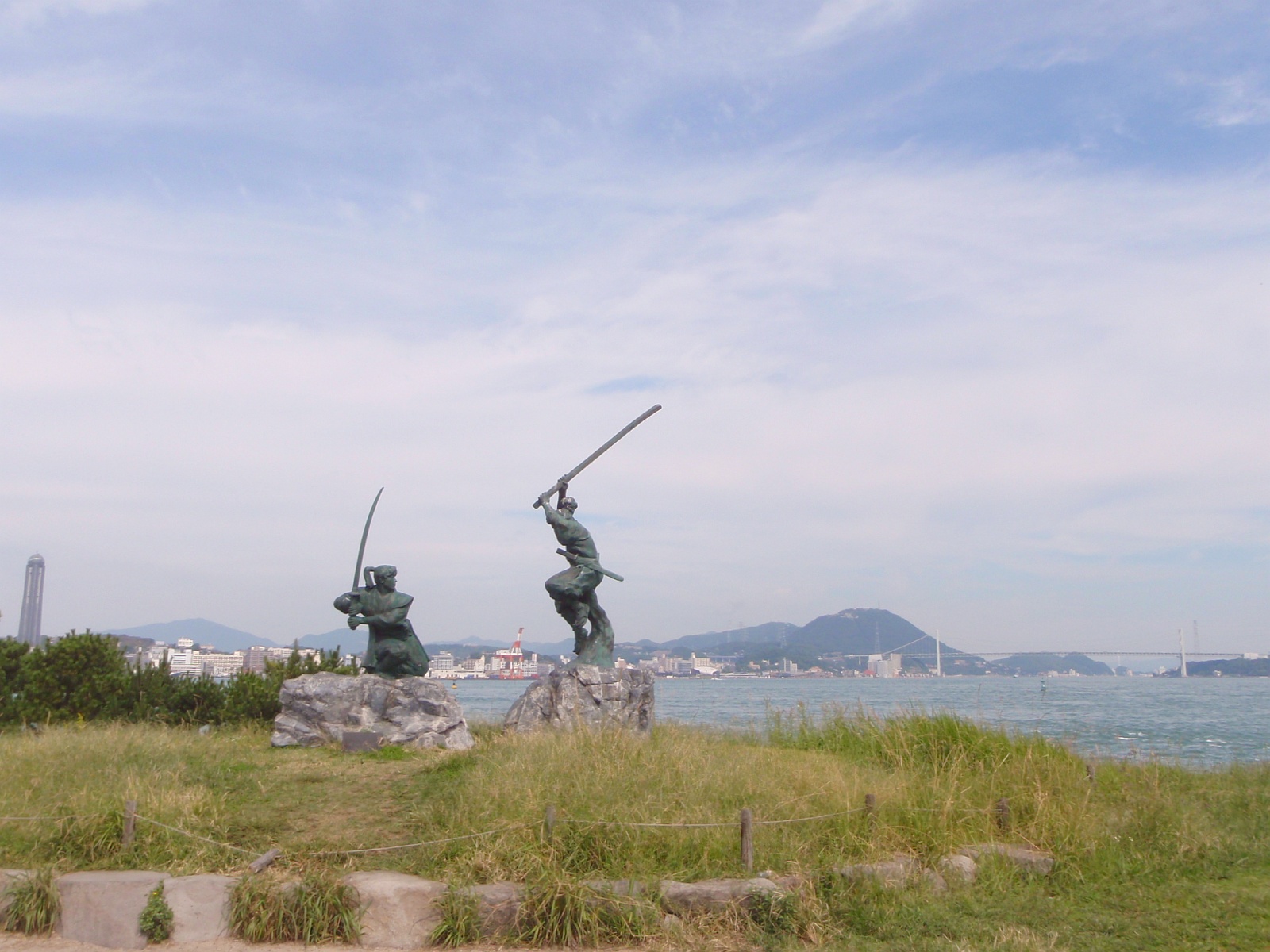 In the recent Movie “Musashi” by Mikami Yasuo, the famous jidaigeki actor Ken Matsudaira plays Sasaki Kojiro – Musashi’s infamous final nemesis. In this article Takahiko Kimura, Tozando’s chairman, discusses with Matsudaira about his role and the development of his signature weapon – the “Monohoshizao” (known affectionately as the laundry pole!).

How was the little known Kojiro portrayed in this movie? What was his obsession with the legendary long-sword known as “Monohoshizao” (Drying Pole) all about?

Kimura: So, for this movie “Musashi” by director Yasuo Mikami, you played Sasaki Kojiro. How did that come about?

Matsudaira: When this first came up, I recalled the actors who had played Kojiro before and thought “Me? Really!?” But I read the script, and there I encountered Kojiro as an ascetic priest, an aspect of Kojiro that I had not seen before, which made me really want to play him.

I actually watched the preview, and Kojiro seems to have a really amazing presence. The shooting must have been challenging.

All scenes were filmed during the coldest part of winter, so it was really freezing. But there were also scenes like the Gomadaki (the Buddhist rite of burning wood sticks) scene where I had to recite the sutras in front of the burning wood, so I took extra care not to get sick.

The scene at the summit of Mt. Atago was only a few seconds, but it was tough making it all the way up there, and really cold. Previously I had played Musashibo Benkei, so I found it very interesting playing a warrior monk at Mt. Hiei, then an ascetic priest at Mt. Atago.

By the way, the Kojiro you played this time had a very different image from all the previous portrayals of Kojiro. What were you mindful of during your role as Kojiro?

I tried to move away from the “cool” image that Kojiro is usually known for, and tried to express his conviction, or his way of life, as a man who stood up in order to protect the land and its people.

Kojiro is very famous, but as a kenshi there is so much that is unknown about him. It must have been difficult preparing yourself for this role.

Director Mikami already had a firm image of what his Kojiro was to be like, and his instructions were very clear, so preparing for the role and the actual acting was quite easy, the shooting went smoothly as well.

Kojiro’s age was also bumped up a bit compared to the previous portrayals.

Yes. That actually added to the burden borne by Kojiro and his quality as a person, and in a way, it is a good contrast with Musashi. The greatest scene in this movie is obviously the duel at Funajima (Ganryujima), but I would be glad if people can watch the movie leading up to that part and consider what “justice” meant to Kojiro.

Kojiro had his own ideas of justice, it seems.

Join us next time as the conversation continues and they discuss Sasaki Kojiro’s sword in further detail.