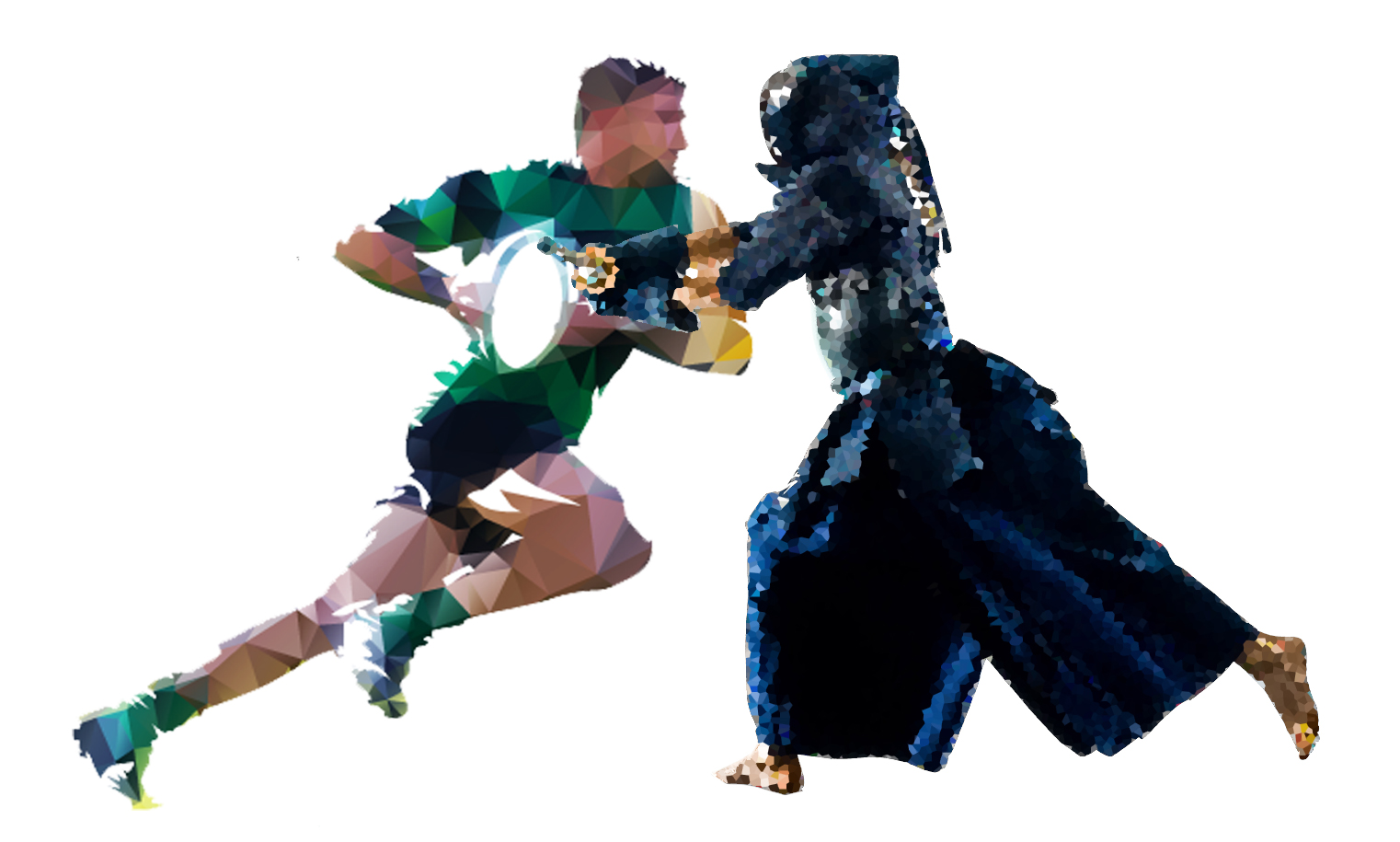 Japanese National Rugby Player, selected for the World Cup, has succeeded through applying the concept of “maai” that he learned through kendo.

The 2019 Rugby World Cup, hosted by Japan, was a great success with the whole country enlivened by the event.

This was a historical event for the Japanese team as they reached the quarter finals for the first time as well as being the only East Asian nation to do so.  Many Japanese people, unfamiliar with the sport, witnessed their team fighting hard and rallied behind them.  It was a fantastic opportunity for many people to become interested in rugby.

I was deeply moved by the way the Japanese team fought their way through their matches.

Apparently, many of the high-performing Japanese players have experience in playing other sports.

Yusuke Kizu, who plays as a forward for the national team, was a member of his junior high school’s kendo club as a teenager.

Kizu says “the maai (space or positioning) of tackling is similar to how you step forwards as you strike men.”

I am not very familiar with rugby, but in kendo when you go for the men strike, you seek to invade your opponent’s maai quickly and sharply to deliver the strike.

To do this well you try to read the kamae (stance/posture), the maai, the movements and intentions of your opponent and go for the ippon when you can seize an opening.

Kizu might have benefitted from kendo not only in terms of understanding his opponent’s maai, but also in predicting their movements and intentions as well.

When it comes to tackling in rugby, if your opponent knows that you are going to tackle, he will make adjustments to counter.  If you can sense their intention you can make your own adjustments when setting up your tackle – much like how in kendo you are constantly reacting and adjusting to the movements of your opponent.

In kendo, just one strike can decide a match.  At the recently held All Japan Championships many hopes were ended by a single momentary lapse of concentration.

Being able to read maai is not something you can learn in a day.

In kendo, both players are brandishing shinai (bamboo swords) so the maai between participants is quite large compared to other martial arts and contact sports.  To narrow the gap and execute a good strike you need to be decisive and spontaneous.

If your opponent can read your intentions, then they will be able to react and deny your strike at best or at worst counter yours with a successful one of their own.

Reading your opponent’s breathing and trying to disrupt their rhythm is also important in creating opportunities to invade maai.  It is one of the many places where you can apply pressure to your opponent in an effort to control the flow of the confrontation.  All of these techniques, including handling maai, are collectively known as “seme” (attack) in kendo.

It is great to hear that these skills practiced in kendo have been used to great effect in rugby, it appears they share a lot of principles.

Even though they are completely different pursuits I believe rugby and kendo share a common root.

Rugby is known as a principles and noble game that demands not only a strong physical body, but also integrity and an honourable attitude.  In many ways rugby players act like knights shielding their comrades, also possessing a strong character that does not waver.

These are qualities shared by the philosophy of kendo.

The Rugby World Cup captured the whole of Japan’s imagination, if more people could see the connection between this noble support and traditions of kendo it would be a great opportunity for kendo to spread even further. That would make me very glad.