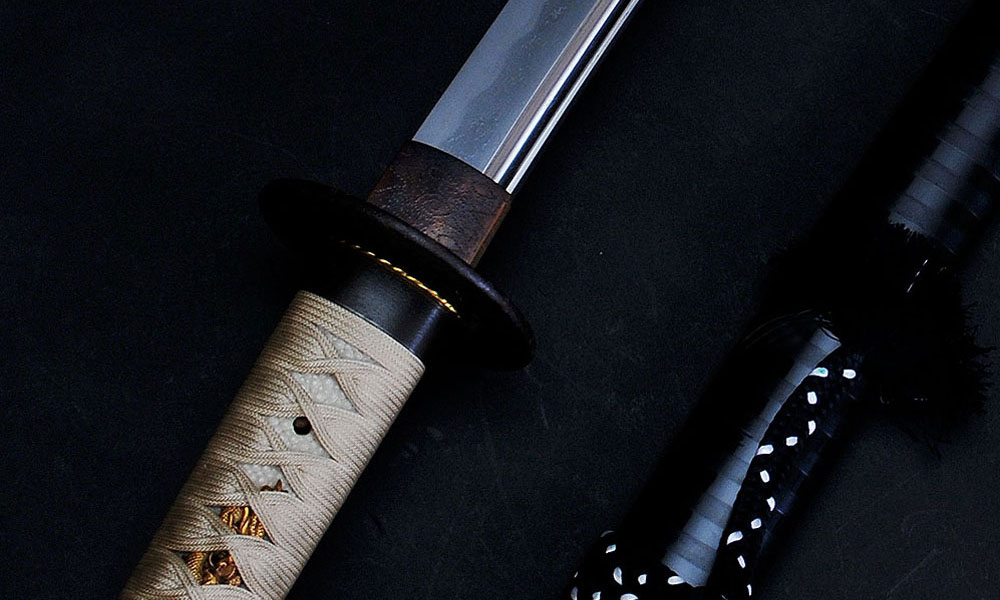 The most important aspects of preserving Japanese swords are to protect them from developing rust and scratches. Here are three simple precautions that you can take to make sure that long term storage does not damage your treasured shinken.  Please note that these guidelines are for ferrous swords, not for iaito.  For your iaito you can ignore number one, but numbers two and three are still good practice.

1. Store the blade in a Shirasaya

Despite regular care and oiling, a blade may develop rust in places. Especially when a koshirae (full mount) is very old, the interior of the saya (sheath) may well be contaminated with rust and dirt, causing the blade to rust when stored in the saya. In such a case, a new scabbard must replace the old one at once. If you think of the koshirae mounting as formal wear, a shirasaya can be thought of as casual wear for a blade. Traditionally the shirasaya was also known as “the resting saya” or the “oiling saya”. If you are storing your sword for long periods in a koshirae mount, you are recommended to make a shirasaya for it as soon as possible.

2. Store the sword in a horizontal position

When storing your sword, make sure it is in a horizontal position. When you preserve your sword, it is improper to keep it in a leaning or in a vertical position, because it would cause the oil to go down along the blades surface and make a pool at the tip inside of the saya. It’s ideal to put the sword in a horizontal sword rack or laid down inside of a box of paulownia wood.

You should store your sword in a place with low humidity. Although dry conditions are preferable for swords, old koshirae might also require a bit of moisture to keep the wooden containers or mountings from being damaged. Therefore, the place for preserving swords must be carefully considered and selected with the utmost care.

Please pay extra attention to newly made swords or swords that have been polished recently, since a blade is particularly vulnerable to rust within the first 6 months. During this period it might be good to clean and oil your sword a little more often than you usually wood, preferably no less than once every month. Later when the blade surface condition is more stable, clean it regularly, at least every six months.

Do not attempt to remove rust on your own

If a blade should start to rust, inexperienced repair such as rubbing the rust off with a spatula is obviously a no-go! Rather, it is likely to aggravate it and cause further damage which might greatly affect the value of the sword. If rust is detected, the sword should be taken to a professional sword polishing craftsman.