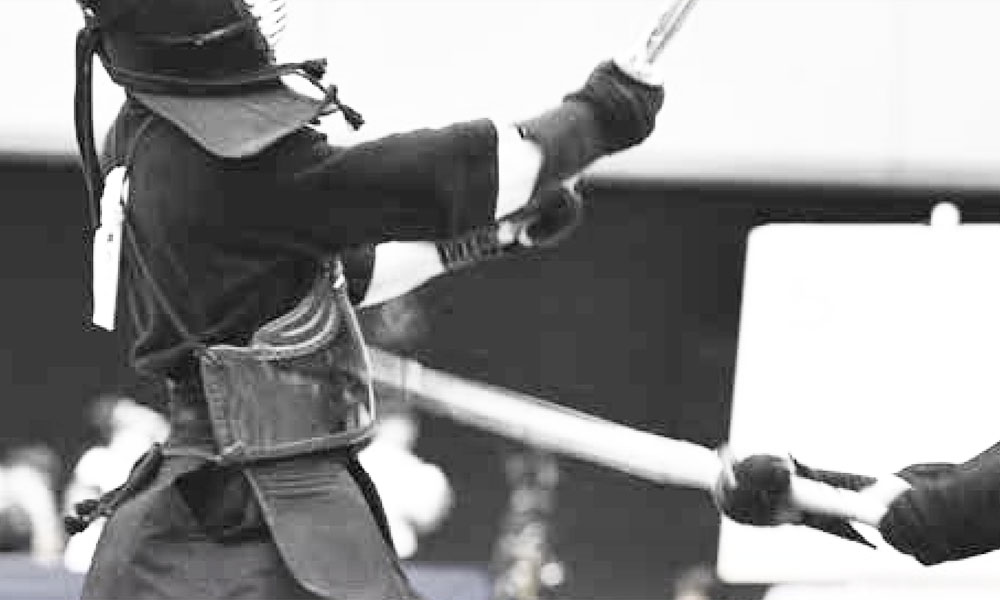 So that it could be employed in the regular curriculum under these conditions, a kind of ‘Bujutsu Calisthenics’ was developed. The responsibility for the instruction for these fell to Ozawa Unosuke. Ozawa would publish the ‘Bujutsu Calisthenic Method’ in the 30th year of Meiji (1897).

By taking the then regular school P.E. curriculum materials and adding a unified instruction method, what had until then been a kenjutsu that must be learned on an individual basis changed to a ‘unified instruction method.’ Furthermore, to make sure to prompt uniform physical development, both left and right do where made to be equally acceptable.

Suzuki – Around this time, not only Bujutsu Calisthenics, but other bokken calisthenics were also being devised. It seems that those never became as widely accepted.

Yano – In the 35th year of Meiji (1902), Nakashima Kenzo published the ‘Bokken Calisthenic Method.’ It seems that he had been instructing the boys of the elementary school that he worked at for six years leading up to then. Also, there was the ‘Secondary School Bujutsu Textbook Part 1’ that was jointly published by elementary school instructor, Nakano Tokuichiro and Nakayama Hakudo in the 39th year of Meiji (1906). In this were various bujutsu calisthenics which they had themselves devised. In this we see the introduction to and illustration of the right-do (striking from the left-foot) and the left-do (striking from the right-foot). It also contained a kneeling left and right do method as well.

It is somewhat unclear just how widespread these bokken calisthenics or bujutsu calisthenics became. We can imagine that the kendo masters of the time had their methods effected by this, even if only slightly. The ‘Secondary School Bujutsu Textbook Part 1’ that Nakano and other had published had been endorsed by Takano Sasaburo, Takahashi Kyutaro, Negishi Shingoro, Yano Katsujiro, Kimura Nobuhide, and other noted contemporary masters of kendo. No matter what, these first attempts at the creation of an instruction method for beginners of bujutsu absolutely gave substantial hints future generations.  This would later be compiled and described in the ‘Group Education Method (Method for Educators in the Unified Education of Students).’

Suzuki – Soon after that in the 44th year of Meiji (1911) kendo was adopted into junior high school curriculums (under the old system). Although still in his 30’s at the time, Nakayama Hiromichi would in that same year add his name to the illustrious list of great masters who developed the Imperial Japanese Kendo Kata (the kendo kata of the period). Does this mean this same Nakayama recognized gyaku-do? Although he was a deshi of Negishi Shingoro, it was in Nakayama’s generation that the gyaku-do became widely recognized.

Yano – Actually, there was another transition that took place after that as well. At the time learning institutions for educators regarding kendo were either the Tokyo High School Educators Institute (Koshi) and the Imperial Japanese Butokukai Bujutsu College (Bussen) in Kyoto. If we compare the instructors’ reference materials for both schools (the ‘Kendo Kyohon’ at Koshi and ‘Kendo Kihon Kyoju-ho’ in Kyoto) we see differences in how the hidari-do was handled.

In the 44th year of Meiji (1911), the ‘Group Education Method’ that we touched on earlier was accepted as a subject for the standard curriculum due to an amendment to the Secondary School Regulation and Ordinance Enactment. As a result, its transmission began to quickly spread throughout the country by a training group sponsored by the Ministry of Education. Based on the performance of that training group Koshi transitioned to another level by publishing ‘Kendo’ (1915) under Takano Sasaburo’s name. In this publication, under ‘Do Strikes’ section, we find explanations for both ‘Left-do Strikes’ and ‘Right-do Strikes.’ In ‘Kendo as Physical Education in School,’ which was published in 1923 by Koshi alumni, Tago we find both (Right-do Strikes) and (Left-do Strikes) being taken up – the reason being that they were ‘Based on the basic teaching curriculum of Tokyo Koshi.’

On the contrary, in the ‘Kendo Kihon Kyoju-ho’ which had been assembled around the 7th year of Taisho (1918) by Bussen, we find under ‘Method for Cutting Do’ only “cut down in a sideways motion across the right-do of the opponent” with no method explanation for striking the left-do. Within the same text, we also find the theory for this being that “(We have) chosen what ought to be the fundamentals of kenjutsu.” Masaoka Kazumi a graduate of bussen, published ‘Kendo Guidelines’ in 1925.

Then in 1931, Saimura Goro – who had trained at the Butokukai Headquarters – along with Kaneko Chikatsugu put together the ‘New Kendo System Textbook.’ Again, in that same year Kogawa Kinnosuke (yet another graduate of Bussen who studies at the Butokukai Headquarters) published ‘The Newest Kendo Textbook’ and ‘The Imperial Kendo Textbook.’ In each of these texts, the left-do is not covered.