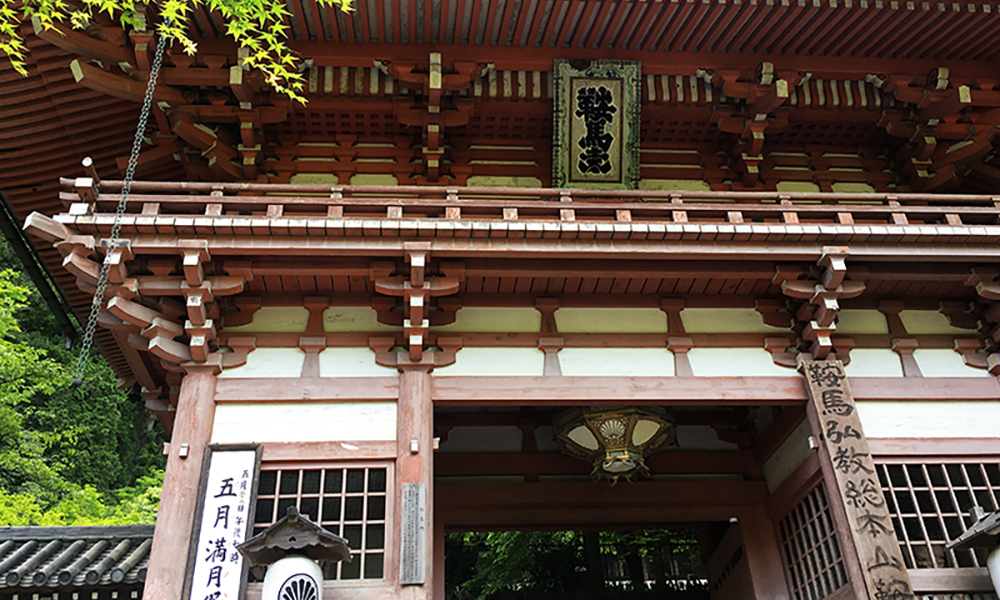 Seeing as we recently released the Kurama Bogu Set , I decided to visit the mountain Kurama it is named after and see with my own eyes what makes it special.

Mt. Kurama is located North of Kyoto. It is believed that Kurama is infused with energy from the deity Mao-son and later also enshrined Bishamonten and the Thousand-armed Kannon bodhisattva (two of the most important deities in Japanese Buddshism) and till today they are worshipped together as Sonten (symbol of cosmic energy) making Kurama a very mystical place. It is also said that the Tengu that was taught Minamoto no Yoshitsune swordsmanship also lives here. With so many mysteries, how could I not give it a visit?

Next to Mt.Kurama there is the Kibune Shrine – where they believed that the Goddess that gave birth to the very first emperor of Japan sailed.

When I decided to visit Mt. Kurama, many friends had advised me to go from Kibune and end up at Kurama, although most people start from Mt. Kurama. 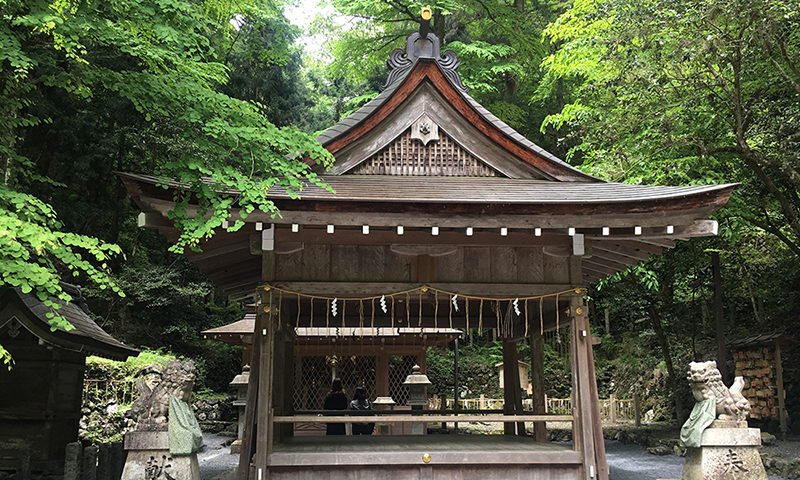 I reached the Kibune-guchi station and it was filled with nature, so I decided to walk to the shrine rather than taking the bus. The scenery when I arrived at Kibune Shrine was extraordinarily beautiful. It is a gorgeous, old wooden Shrine surrounded by all kinds of green and small waterfalls. Here in Kibune, as it is thought, a God of water resides, and they have an omikuji which is only revealed by water, which I have tried.

After I finished praying at Kibune, I started climbing Mt. Kurama from the Nishi-mon (Western gate). The first temple you can see when climbing from this gate is the Okunoin Mao-den and is soon followed by Yoshitsune-do. Where there is a sign saying that Yoshitsune spirit returned to Mt. Kurama and to this days his spirit still resides there. Which is a nice thought as he spent much time growing up here. Later as you continue your walk, you can see other small temples here and there, small waterfalls that monks used to drink water from and finally you reach the main Temple. 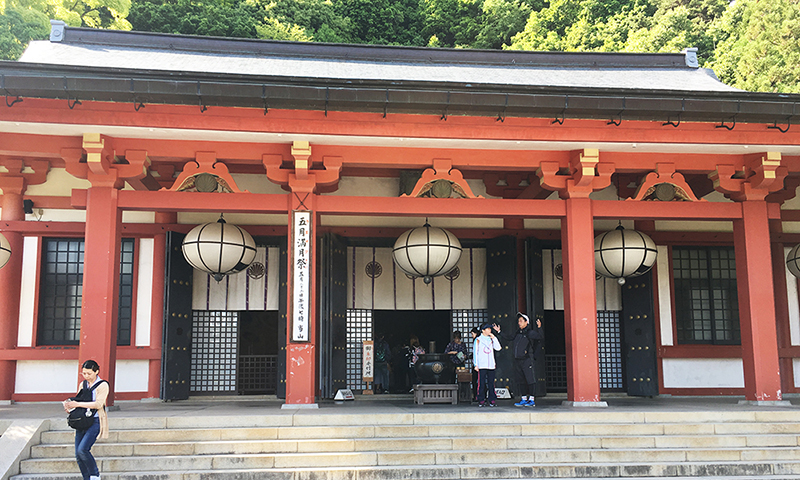 Walking around all the trees and wooden temples, gazing at the orange-red color of the main temple is breathtaking. It looks glorious and fits right in with the green scenery. Also, something that is different than most other temples are Kuramadera’s protectors. In most shrine and temples you will see Kuma-inu, in Kurama, (although still called kuma-inu) the animal that guards the temple are Tora (tigers). The reason for that is a legend, saying that when the monk Ganji founded the temple, one of his disciple was attacked by Oni and Bishamonten appeared to save him at the Month, day and time of the Tora. 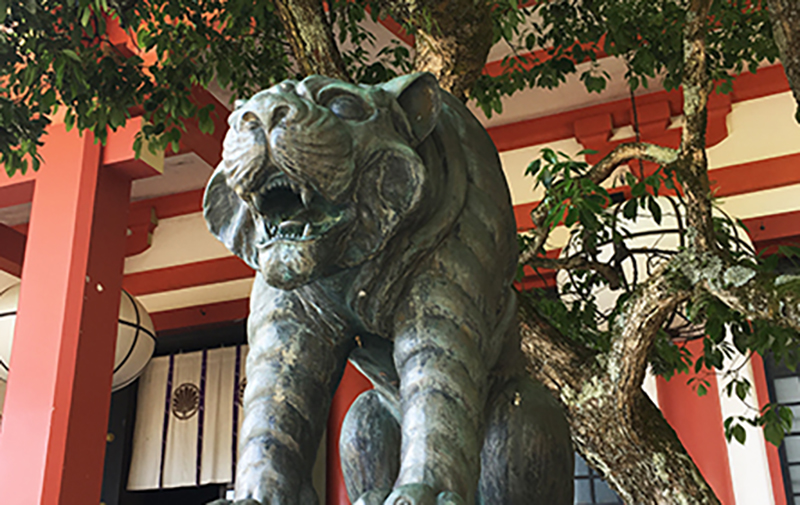 The next thing worth mentioning is Yuki shrine; a Shinto shrine that was built around 940 by Toyotomi Hideyori (son of Toyotomi Hideyosi). The front shrine is constructed in a rare style called Warihaiden, which mean that there is a passage in the center. And of course I should also mention the big statue of the Tengu near the Kurama station. It is well known for its giant nose which was broken by heavy snow around 2 years ago (thankfully now repaired). I should also mention that Kurama is famous for its Onsen too. Unfortunately this time, I didn’t have time to go but there is always next time. 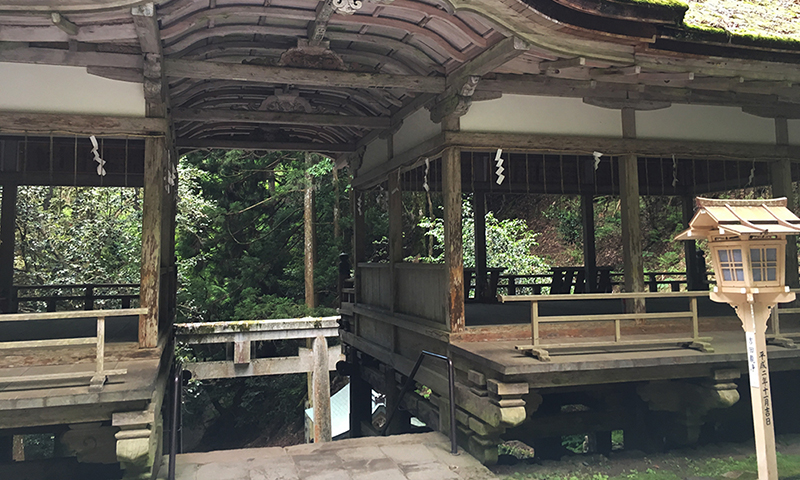 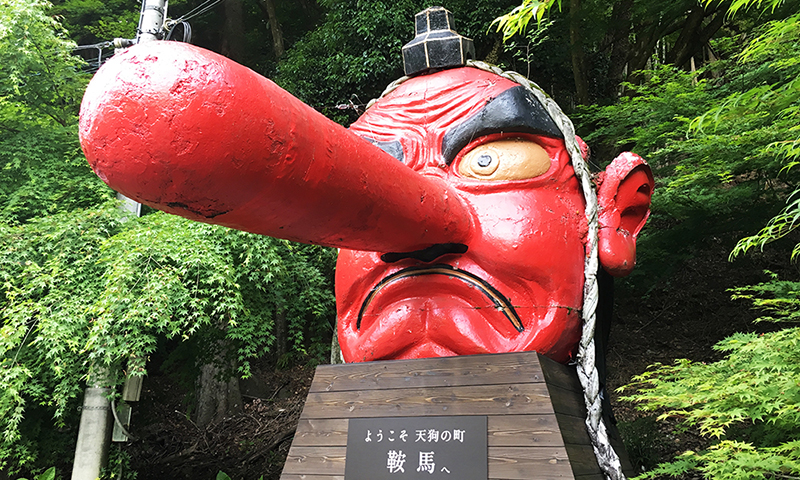 Overall my trip to Kibune and Kurama was well worth it. Especially Kurama; it has such a strong and positive aura, it calms your mind and spirit but also makes you feel stronger. Also is not as crowded as most temples in Kyoto and the monks there are very kind and friendly – perfect if you want to relax and think in peace. Be careful though, during the Koyo season (all the Autumn colours) it gets more crowded than usual.