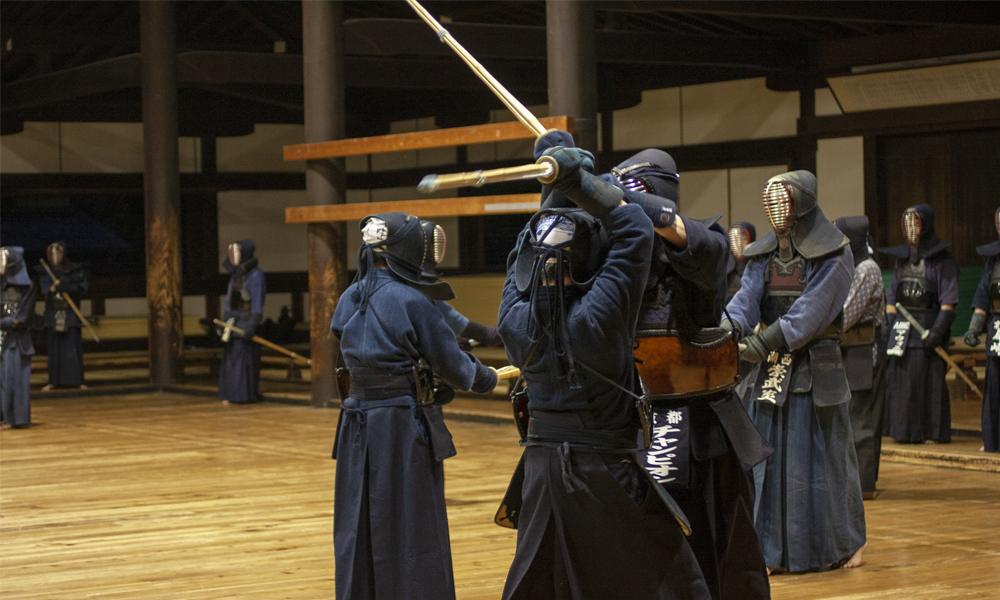 After I started working at Tozando, there were many times I was found myself thinking I would like to learn more about Kendo. Not only learning for the sake of the work, but also be able to observe; what does Kendo have that attracts people?  What kind of people do kendo?

What are their needs (not only from an equipment perspective, but mentally also)? Finally, what kind of training are they doing and what is the difference between a Japanese Kendoka and a foreigner Kendoka?

This time I am going to talk about my experience from 2 training sessions I have visited. The one was with little children at a traditional Japanese dojo and the other one was at the Kyoto Butokuden – where one of my colleague’s trains.

Firstly, what surprised me a lot was that, while as a foreigner, I always thought that Kendo is more popular between adults recently I have discovered that in Japan it is the opposite. In Japan many children start Kendo at young age. However, in many cases they are encouraged to start by parents; because they were either doing it themselves or because Kendo places a lot of importance on self-discipline, something that is still admired in Japanese society.

When I had visited that traditional Japanese dojo and saw their training I was amazed by how many children where doing kendo and they are focused only on that. I also remember that their Sensei was telling them to not put their studies on hold just for doing Kendo. On the other hand, in western countries, I have felt the way we approaching martial arts is it quite different. As I know from fellow foreign Kendoka, although they are still passionate and approaching Kendo seriously they also do this martial art because they are enjoying it, and it is usually something that they decided to do themselves.

Also, one other thing I have realized, is that foreigner people get excited to have tachiai, of course wining is the best result but even if they lost they can still laugh and say they enjoyed the bout. This I was able to feel when I saw a training (with adults) at Butokuden. That day along with my colleague they were 2 others foreign Kendoka and the rest Japanese Kendoka. Although it was in Japan, I didn’t feel the strictness in the atmosphere as I felt it will the training at the Old-style Japanese Dojo.

All the Kendoka trained in a disciplined manner, but you could also hear them advise each other in a kinder way, an encouraging way. Something that I admired was that whether you were good or bad at kendo didn’t matter; everyone was welcomed, accepted and respected for their differences.

For me to be able to observe these kinds of differences in approach between training sessions from a different perspective was very interesting. As a friend has once told me: “You can learn a lot about someone’s character from how they approach something, the movements of their hands, how they stand and so on.”

Be it Kendo or any other martial art, the impression that has stayed with me is that all people have something in common.  Kendo can connect people from all over the world. You don’t have to speak Japanese or English to understand each other, all you need is to put your Bogu on and do Keiko together. The movements during a tachiai are enough to make a very good conversation and create bonds.