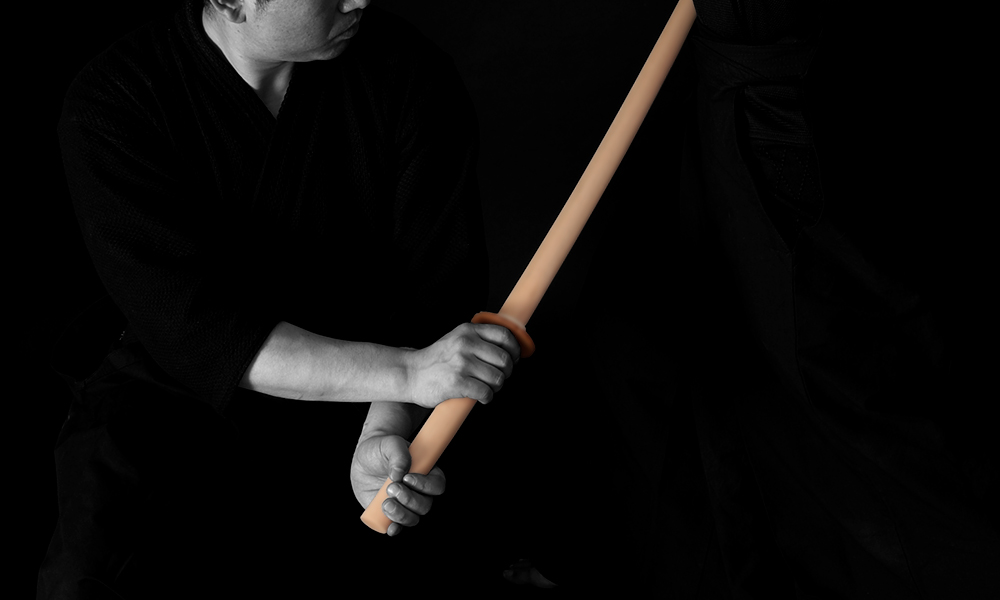 Of the many woods used when making bokuto and other wooden weapons the Biwa (Loquat) tree is perhaps the most beloved by craftsmen and practitioenrs for its distinct and unique qualities. In this article we take a close look at the tree itself and its conenction to budo.

The first thing that springs to mind when we mention the Biwa Tree is the yellowish orange sweet fruit, shaped somewhat like the Chinese musical instrument of the same name. It’s often used to treat coughs and vomiting, and has a strong quenching quality, and the Japanese love to produce jelly and jam from it and preserve it.

It was first grown in the Southwest region of China, and then brought over to Japan centuries ago, with initial distribution throughout the Honshu, Shikoku, and Kyushu islands. The leaves are green, long, and oblong in shape, and the trunk is known to grow up to 10 meters in height.

The leaves are used for their medicinal effects, since infusions produced from them are effective for treating coughs, gastritis, nausea, vomiting, as well as diarrhea. On the other hand, when its extract is used as a bath additive, it helps treat rashes and eczema. So much so, that this usage dates back to the Edo Period, when Biwa leaf hot baths were a popular amongst Japanese people to assuage the heat during the peak of summer.

However, while the amygdalin content present in the leaves is a remedy for neuralgia thanks to its analgesic effect, when it’s broken down in the stomach, it tends to create hydrocyanic acid, a deadly poison, and so caution is advised when consuming it.

When the wood of the Biwa tree is dried, besides becoming extremely hard, it also becomes pliable, making it a highly sought-after material for walking sticks since olden times. Nowadays, when the wood is polished and turned it into a cane, it’s commonly known as “the longevity” cane with somewhat of the status of a talisman. It’s due to these characteristics that one more usage it’s commonly known for, since long ago, is as a material for bokuto (wooden swords).

In other words, thanks to its strength and resilience, it’s been the material of choice alongside Oak and Winter Hazel (Dystilium) for bokken-making amongst kenjutsu schools known for making fierce contact when striking during practice.

And while this is still open to debate, in Eiji Yoshikawa’s work Musashi Miyamoto, there’s a line that says that if you are struck by a Biwa bokken even your bones will rot. The logical explanation behind this is that a Biwa bokken is very pliable. When a strike penetrates deep enough into the body, it causes a complex fracture upon impact with the bones.

While a blow with an oak bokken causes a straightforward type of fracture, the effect is different in the case of the Biwa bokken. It turns out that Musashi Miyamoto was particularly fond of this kind of bokken, and he is known to have carved and kept quite a few himself.

The Biwa tree, one that grows naturally, has become remarkably scarce nowadays, and most of the Biwa bokken in circulation now are actually substitutes made out of Camelia (Camellia Japonica), known as Tsubaki in Japan. Camelia wood is also very hard and smooth, and because its grain is barely visible and its colour resembles that of the Biwa, the two are relatively homogenous.

However, compare the Biwa side by side with the Rose of Winter and you’ll notice that the former is slightly more yellow, making it easy to distinguish. Bokken made out of naturally-grown Biwa are usually sold under the name “original/authentic Biwa” or Hon-biwa, but due to their scarcity, they tend to be very expensive. If you think of buying one, it’s always advisable to visit the store in person and check whether what you are getting is Biwa or Camelia. At Tozando we offer both Camelia and Hon-Biwa bokuto.

While the Japanese are particularly fond of the Biwa tree, many bad superstitions also surround it. for example people say that by planting one in their garden, people at home will get sick. Amongst the many theories backing this up, one states that this is the case because it begets moisture in the air. The Biwa is an evergreen tree and its leaves don’t wither in winter. In summer, the same leaves block sunrays from entering the house, leaving the house damp and making it a perfect breeding ground for mould. Hence, there might be some truth behind the superstition.

Another theory states that at the time when there wasn’t medicine in circulation, temples gave Biwa this negative reputation and passed round the rumour so that they’d grow the tree themselves and use its medicinal efficacy to treat sickness by attracting people to the temple. In the same way, people growing the Biwa at home were negatively impacting medicine merchants’ business, so it’s possible that both monks and merchants started this rumour.

One more theory is that when sick people knew that someone was growing Biwa at home, they’d visit them with the intention of asking them to share it for its healing properties. By doing so, however, the sick people visiting would spread the bacteria to the house where the Biwa was.

The last theory is one about the bokken. Musashi Miyamoto, who used the Biwa bokken of which he was particularly fond, sowed the seeds in people’s minds that the Biwa’s wood was used to kill people. In turn, it was believed that those who died by a Biwa bokken left a grudge that permeated the houses where this tree grew. This one is probably one of the most bizarre and mystical explanations.

Despite it all, the Japanese’s relationship with the Biwa tree is an ambivalent one, since they treasure it as something close to heart while also considering its existence as being somewhat mysterious.