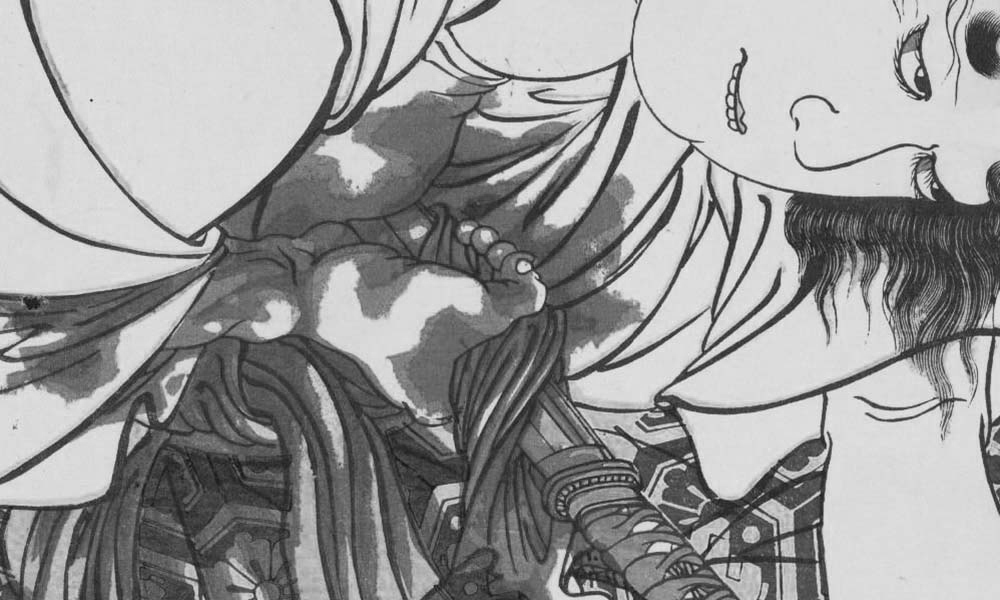 When watching historical plays you often see samurai committing Seppuku. He would hold a dagger and plunge it into his stomach, cutting it until his own death. It is a shocking custom of the samurai, famously known outside Japan as harakiri (literally “stomach cut”). Seppuku was a practice only if you were samurai, and it was considered a method in which one died with honor.

The samurai would cut his stomach in a straight line or in the shape of a cross. By his own will, he would plunge the dagger into his left side and drag it across horizontally. When performing the cross-shaped seppuku he would pull the dagger out after the horizontal cut and plunge it again into the pit of his stomach and cut downwards. It is a frightening scene, even just to imagine. Anatomically, there are no thick blood vessels around the stomach, so seppuku does not cause one to bleed-out and die quickly. Instead it was a method that caused one to writhe in agony while you slowly bled to death.

The first seppuku that can be verified on record was in 988. A bandit named Fujiwara-no Yasusuke tried to commit suicide by cutting open his belly and pulling out his intestines when he was about to be captured. This means seppuku did not actually begin with a samurai. After that, there are some records of samurai committing seppuku during the Muromachi era, but the main reason for seppuku was for samurai to follow their masters to their grave.

When the nation was deep in civil war and battles were happening everywhere, many samurai who had the misfortune of losing in battle and fearing for their lives chose suicide by seppuku rather than be killed or captured by their foes. They began to believe that dying with the greatest pain was a samurai’s honor. Also, when an army defending a castle faced defeat, the commander sometimes offered to commit seppuku in exchange for the safety of his family members and soldiers.

It was also a practice for samurai to follow their lord into death by committing seppuku.  This was specifically known as oibara and served as a demonstration of not only loyalty, but also an honourable alternative to the masterless exile of becoming ronin.  Another use of seppuku was as a form of protest.  Whilst a samurai was bound to obey their lord in all circumstances, some particularly principled samurai would commit seppuku rather than carry out orders they thought were unjust so as to keep their honor intact.

However, during the sengoku (civil war) era, the meaning of seppuku changed dramatically and became a form of punishment for the samurai. Up until then, seppuku was done voluntarily, but from this era those who held authority or those who had won in battle would be able to order someone to commit seppuku as a form of execution for their failures.

In the Edo period the “order” for seppuku was established with the introduction of a “beheader”. Specifically, the beheader would stand over the samurai committing seppuku and cut off their head. The head would then be handed over for examination. Since seppuku developed into an involuntary method of execution, a beheader was introduced to free the person from severe pain and a protracted demise.

Yet, the beheader had to be a highly skillful swordsman, as he was required to cut off the head in one blow. Failing the beheading meant striking the person repeatedly and putting him through even more pain, and it was even considered unfitting for a samurai and an embarrassment for the household presiding over the seppuku. Therefore, sometimes lords would request other lords to lend them a skillful beheader.

As the Edo period reached a time of peace, seppuku simply became a formality. The purification ritual, the notification to the authorities, the preparations and clothing for the day, the length of the dagger, the actual method of seppuku, the method of beheading, the method of autopsy were all decided meticulously, and seppuku was carried out as if it were on an assembly line. Cutting one’s belly to commit suicide has existed in cultures around the world, but Japan’s complete manualization of it is an extreme rarity.

Unlike the samurai during the Sengoku period who lived through a time when they could lose their lives at any moment, in the peaceful Edo period many samurai were no longer able to plunge a dagger into their own stomach. This caused a further change in the seppuku method, where the samurai would not actually cut his stomach but simply touch the dagger laid on a special table, and the beheader would strike him before he could actually commit the act. Some of them would still be completely overcome with fear and lose their composure when seeing the dagger, so a wooden sword or a white fan would be placed instead of the dagger. As they reached out for the wooden sword or the fan, the beheader would strike their neck. When word got out that a person had committed “seppuku” in this manner, people would often deride them as a coward, calling them a “fan-belly”.

Actually, there are no records of any clan lords or daimyo committing seppuku because of political failures. Usually their generals or close attendants would commit seppuku to resolve the issue. There is a Japanese idiom “being forced to cut one’s belly” which is used in situations where someone is forced to bear responsibility or resign from office. Since the old days, there always seems to be cases where those in power force people under them to bear responsibility.