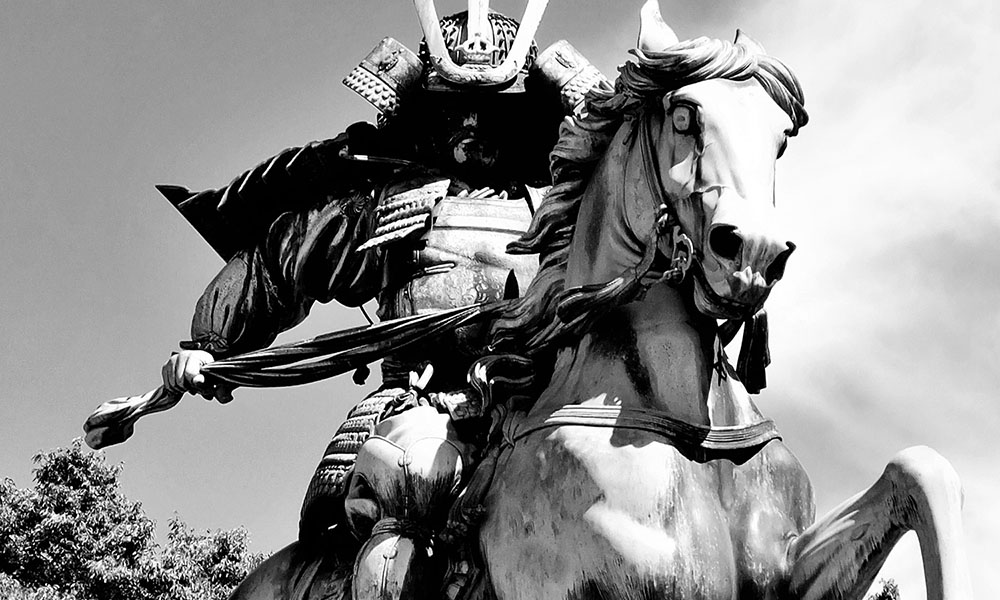 We have written a number of entries about how the katana appears in many Japanese idioms, these gained gained a great response from our readers. Therefore, we decided to take things a little broader, focusing not only on the sword but on the “samurai” as we explore more idiomatic expressions. Some of these are still used in everyday conversation, whereas some have become archaic, but they all artfully express the samurai’s attitude and way of life.

Cherry-blossoms are to flowers as bushi are to men.

Among Japan’s flowers the sakura cherry blossoms are regarded as the most beautiful. Whilst amongst men, warriors are considered the noblest (outside of the Imperial Family of course!). This expression captures how cherry blossoms bloom and fall quickly, and how bushi also meet their deaths courageously. A samurai of the Nabeshima clan named Jocho Yamamoto wrote in his famous literary work Hagakure: “The way of the samurai is found in his death”. This reflects the aesthetics of death held at the time.

Can’t fight a battle while hungry.

The meaning of this saying is quite literal – if you are hungry you cannot do your best in whatever you are doing. Often, someone would bring a gift of food to someone before an important event with these words.

A defeated warrior fears even the silver grass.

A warrior who is fleeing after losing in battle fears even the silver grass blowing in the wind. This is used to describe someone who is so suspicious that they will “jump at shadows”. A similar expression in Japan is “Yurei no shotai mitari kare-obana” (The ghost turned out to be silver grass).

One may take an arrow on his forehead but not on his back.

This saying rather concisely, yet elegantly, describes the way the samurai approached battle. If you are wounded in your back, it means you were shot or struck whilst not facing the enemy – consequently shaming yourself. This idiom means that a samurai should never expose his rear to the enemy. Yamamoto Tsunemoto, author of the Hagakure, talks at great length about this as well. Nowadays, it is used to express one’s determination to not turn back no matter what.

A samurai uses a toothpick like a Lord even when he has not eaten.

Even if a samurai cannot eat, he will use a toothpick as though he has eaten, so as not to let others know that he is hungry. This has developed into the present meaning of living with honor, despite poverty. Occasionally this is used to ridicule those showing “fake stoicism”.

Even with only 1 go, a samurai is still a samurai.

A go is an old measurement referring to about 180 ml, and it was used as a shorthand referral to payment toward samurai (in the form of sake). Even if a samurai only received 1 go, he is still a samurai. It is used, even today, to express that you should still hold pride and honor dearly no matter your circumstances It is similar, in a way, to the previous “bushi wa kuwanedo taka-yoji”.

From these examples we can see that the samurai aesthetics placed a lot of value in honorable living. Living with honor, rather than simply for profit, may prove to be just as important to our lives today.