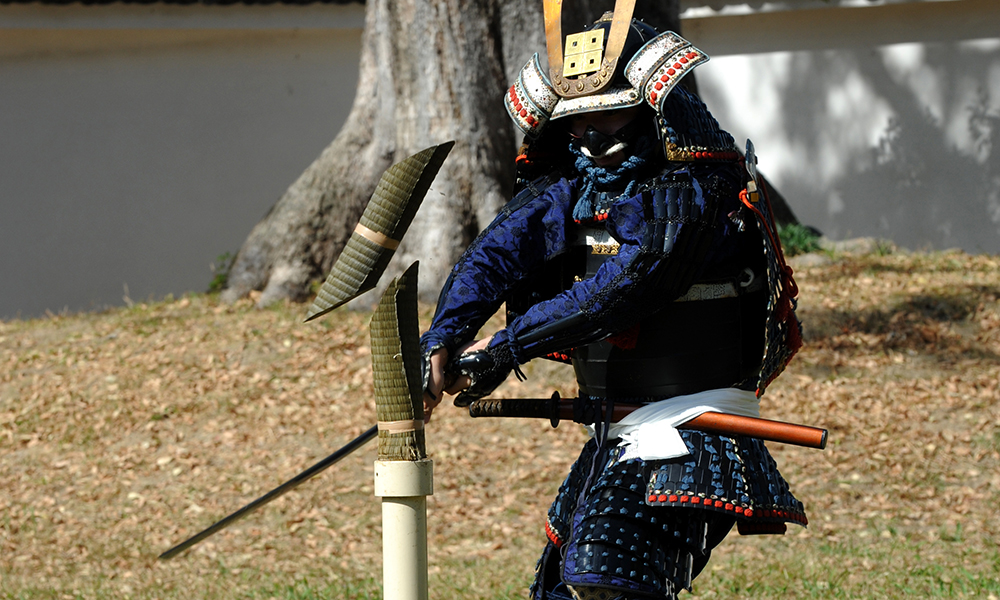 Previously we have shared 4 articles introducing Japanese idioms that derive from the sword, for which we have received positive feedback as well as requests for more idiomatic expressions. Upon further research, we found plenty more. Here are 7 new idioms we would like to add to the list.

Today the world kitaeru is used for training up your muscles or training your skills. You can say the “The master trains his disciple through hard shugyo (a word describing hard, disciplined training).” But originally this word is related to sword-making. The sword is strengthened as the tamahagane (iron for making the sword) is hammered repeatedly. This process is called tanren, The kanji for tan in tanren is the same kanji for kitaeru. The word tanren, which is used for the sword-making process, is also used to describe the hard study and training that leads to the betterment of one’s mind, body, and skills.

As the kanji suggests, it is literally “helping sword”. This referred to someone helping you out in revenge or in dual combat. This has developed into the modern meaning of offering support or assistance.

In the Edo period the samurai only covered 7% of the Japanese population, but it is interesting to see the sword, which was the pride and symbol of the samurai even until today, has made such a great impact in the language.

When making the sword, the swordsmith often makes a few swords per order and present the best one to the client and keep the rest. The best one is called “shin-uchi” (true beat) and the others are called “kage-uchi” (shadow beat). From this, “shin-uchi” has been used to refer to someone or something that is of the highest quality. Today it is used as a status word in the area of classical theatre such as rakugo or storytelling.

Originally, this term was used when two samurai would pass each other on the street and their sheaths would clash against each other. This developed to mean fights and quarrels that start from something small. This further developed into the term “koi no saya-ate” (the saya-ate romance) which refers to a situation in which two men fight over one woman.

In Japanese, the phrase “ottori” expresses slowness or someone taking time to do something. But in this case, “ottori” means “grabbing it quickly with your hand” or “grabbing it with force”. “Ottori-gatana” means responding to a situation with your sword in your hand, without it wearing it in the sheath. This has developed into the meaning of “rushing quickly to the scene without getting what you need”.

This expression literally means splitting something in two with one swing of the sword, which then developed into the meaning of dealing with something quickly in a straightforward manner without hesitation, or solving a problem quickly and unwaveringly. Even now it is used frequently to describe making big and important decisions.

In the Edo period the samurai only covered 7% of the Japanese population, but it is interesting to see the sword, which was the pride and symbol of the samurai even until today, has made such a great impact in the language.