There is a Japanese idiom that directly translates as “win and tighten the thongs of one’s helmet”. When you win a fight and take of your helmet in relief, an enemy might attack you unexpectedly. Even after you win, you should not let your guard down but apply extra caution. This is idiom is used quite widely even today to mean “don’t get carried away with your success – stay focused.” 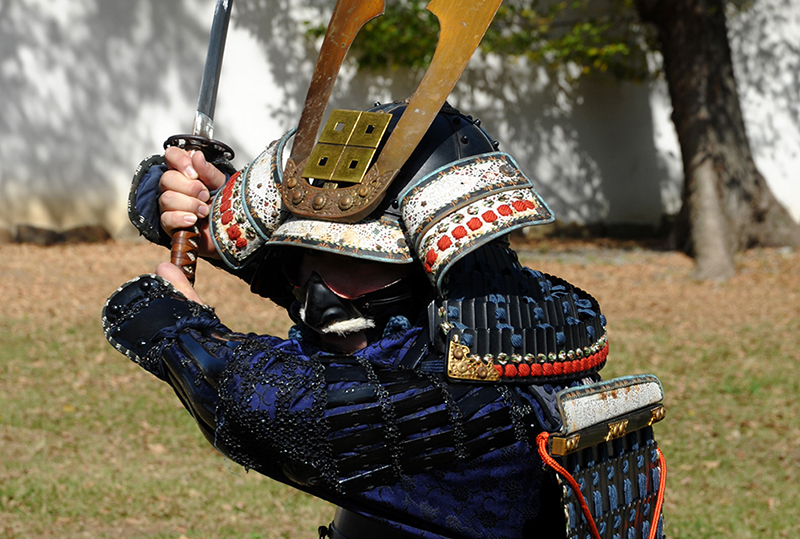 Yet we often see the helmet displayed with their thongs tied in a simple bowknot. Some people do tie it with bowknot but it can come undone easily with one pull, so it is not very suited for tightening your helmet. There is a method called agemaki which is a typical way of tying the helmet thongs.

This method called agemaki developed from a hairstyle called mizura, which was used for boys in ancient times. People of old tied knots that resembled nature. They hoped to stop the weakening of life and be revitalized by trapping in the strong vitality of nature and making it their own. The agemaki attached to the back of the o-yoroi (large armor suit) protects the otherwise defenseless rear side, and serves as a protective charm that wards off evil.

The agemaki knot has iri-gata and hito-gata types based on its shape. For things like wealth and happiness, which one would wish to enter, the iri-gata would be used (iri means “entry”). For things that threaten one’s life or other things that are undesirable, a hito-gata is used. For this reason, for martial arts items including the armor, the hito-gata is used. So one should used the hito-gata of the agemaki when tying the thongs of the helmet.

For how to tie the thongs, please look at the following images.

First, simply tie the left side once. Make sure that the edge of the left thong is coming out from under the loop. 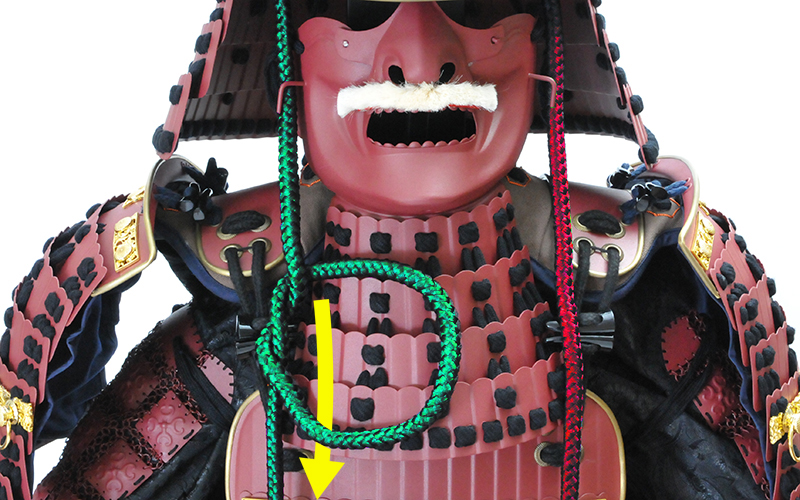 Insert the right thong from under the loop created. 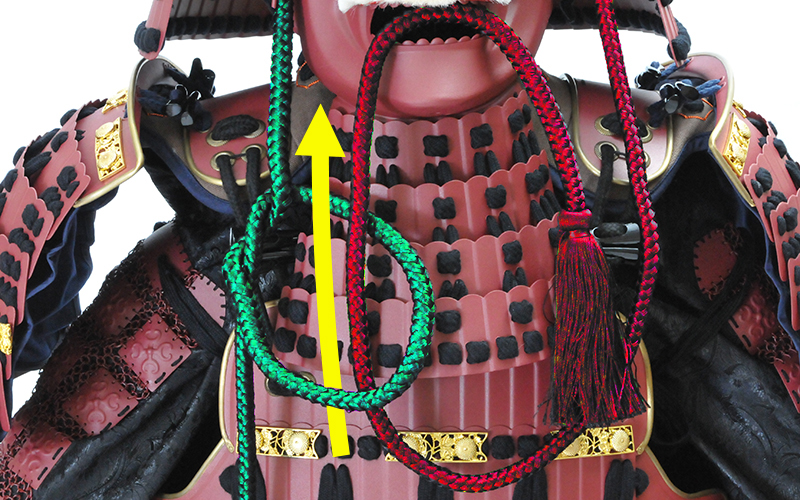 Tie the right side once. The edge of the right thong should be coming out from above the right loop. 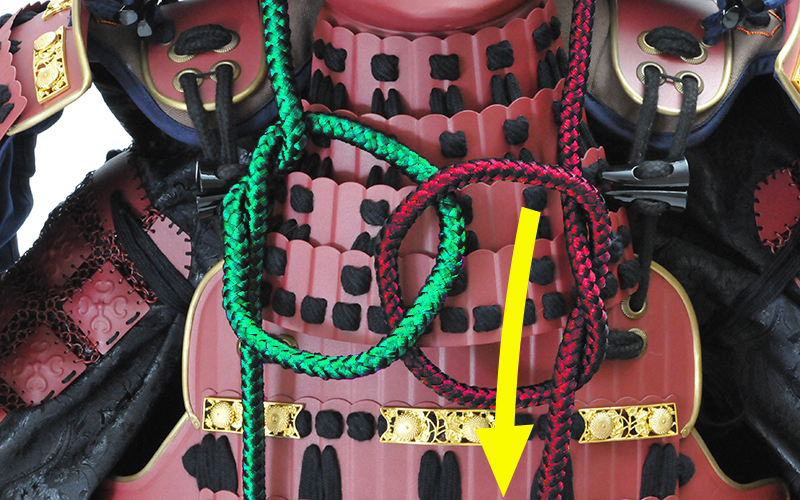 Next, put your finger through the node created by the right and left thong, and pull out A and B. 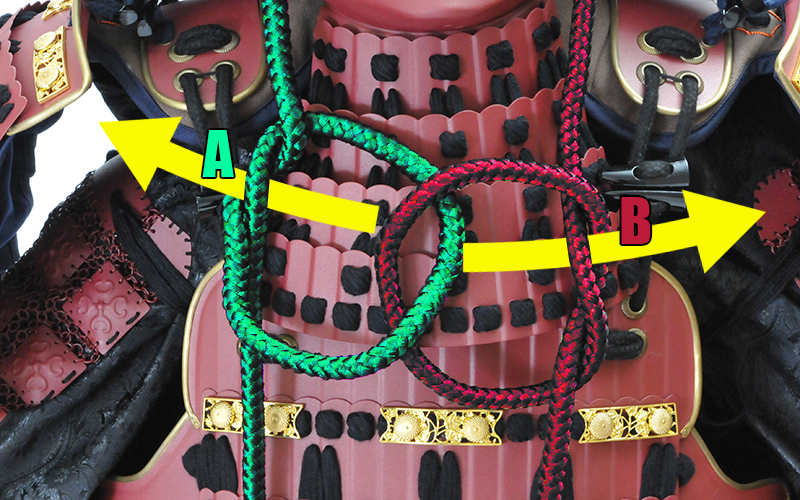 Pull it slightly and tie it tightly, and you have completed the hito-gata of the agemaki. 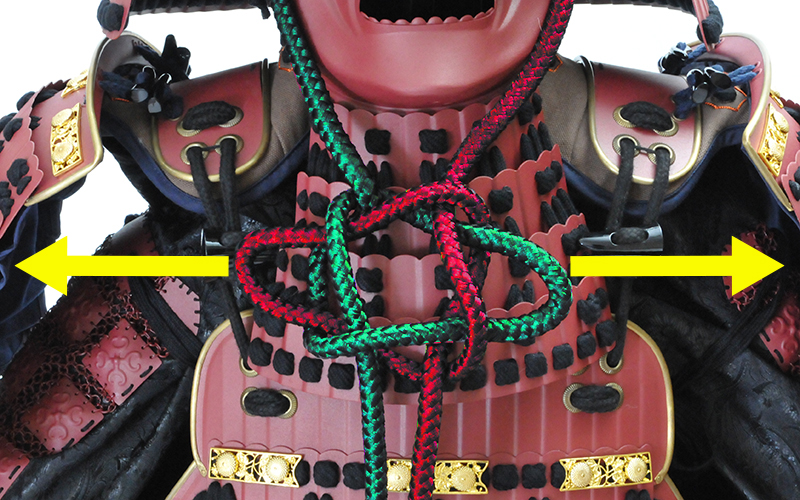 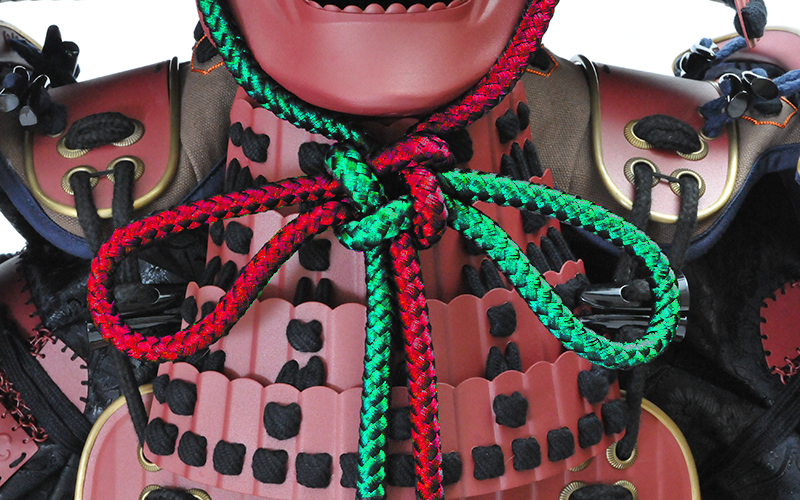 The agemaki is made by crossing two simple loops then tying them together beautifully. This simply knot harbors the power of the Japanese people who have valued “ties” in their culture from ancient times.