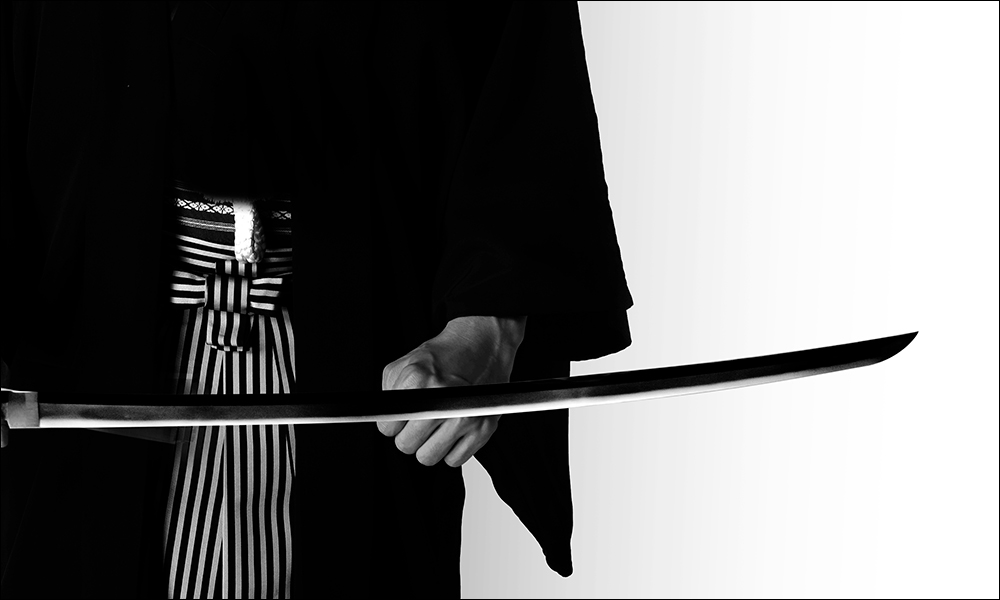 Death comes to us all at the end of our life’s journey, regardless of the path we walk. Inescapably, it pursues us; hiding in the shadows, it waits patiently for our time when our road runs out. Across human societies, culture and class mark subtle differences between groups’ appreciations of death.

This is especially the case in literature where the author has a slight chance to gain a foothold on immortality. Here, carved in stone or scrawled on paper, the authors preserve their life lessons. More than just their words, however, these events tell of the culture and times through which authors walk. We too, as readers, have our experiences and cultures that inform our understanding of these works, in the fleeting moments we have to read them.

But the Japanese concept of death is straight and clear, and in that sense it is different from the loathsome, fearful death as seen by Westerners…an image of death beyond which there exists a spring of pure water, from which tiny streams are continuously pouring their pure waters into this world, has long enriched Japanese art, (100).

For those in the military classes, the likelihood of reaching this conclusion increases. With this intimately intertwined relationship between life, death, and obligations to employers, the preponderance of the topic of death in the military writings of Japan should be unsurprising, Many of these texts spill at least some ink on the topic, often suffice only enough to clarify the author’s philosophies on the topic.

While the militarism of Imperial Japan extolled the writing of the ultraconservative Hagakure interpretations of the role of death for the samurai, this understanding does not encompass all of the possible interpretations of the end of life. In addition to Hagakure, three other books examine this topic with an exceptionally noticeable differences in conclusions.

These works include The Book of Family Traditions on the Art of War, The Book of Five Rings, and the Shoninki. Examining the interpretations of death in these works develops an interesting set of variations based on times, locations, and author backgrounds to create a more complete understanding of the interpretations of death to men who live under the constant possibility of meeting or meting out one’s end.

In a chronological order, these works represent an important time of transition in Japan from the Sengoku Jidai (Era of the Country at War, 1467-1603) to the Tokugawa Bakufu (1600-1868). These works proceed in the order below:

This does not suggest that the authors knew the Tokugawa would rule a peaceful and stable Japan for nearly two hundred years. Instead, these works demonstrate a keen understanding of the dire need to hone their martial skills and that these skills, indeed, can cause great destruction. The earliest works espouse practical approaches to and acceptance of the impermanence of life and the eventuality of death.

These further demonstrate that the farther removed an author from participation in the Sengoku Jidai, the more rhetorical his words on death become. Though the fog of war dims the vision of those closest to events, the distance of time from those same events reduces clarity of understanding.

Miyamoto Musashi, records his thoughts on swordsmanship and bushido (the Martial Way of living) in his work The Book of Five Rings. Regarding death, Musashi writes an interesting, and pragmatic, description of death as an event not merely limited to those engaged in violent employ. According to Musashi,

People usually think that all warriors think about is being ready to die. As far as the way of death is concerned, it is not limited to warriors…The martial way of life practiced by warriors is based on excelling others in anything and everything… (Musashi 5-6).

In this example, he writes a popularly held idea that samurai spend a great deal of time pondering death. Musashi highlights that bushido emphasizes not merely a concentration on death, but also developing and exercising supreme expertise in all arenas when challenged (Musashi 6). This excellence appears most obviously in matters of life and death that these men often engage.

Thus, Musashi espouses superiority in all things, an endless process of growth, development, and self-cultivation until the time of death, rather than a reckless abandon when faced with a challenge. Death is not, however, the only domain of samurai. It is also not only a domain of the samurai—rather, it is something that all men face—and it is more important for samurai to concentrate their efforts of honing their skills to overcome all opponents.

Yagyu Munenori’s, a contemporary of Musashi, approaches the topic of death from a pragmatic approach in his work The Book of Family Traditions on the Art of War. According to Yagyu, “It is easy to kill someone with a slash of a sword. It is hard to be impossible for others to cut down,” (110). Here, like Musashi, Yagyu focuses on the practical aspect of death as an occupational hazard of being a samurai. He adds, however, that it is easy to destroy another life yet challenging to protect one’s own. In this, he subtly emphasizing the frailty of human life.

This perspective arises from both the purpose of the work as an instructional text as well as from the time of authorship shortly after the Sengoku Jidai. On the one hand, he argues for his students to be mindful of death and destruction but, more importantly, is advocating for them to live peaceful lives in the wake of destruction of the Era of the Country at War.

Natori Sanjuro Masatake’s instruction manual appears in the literary record in 1681. From the works this paper examines, Natori’s appears to be the first instance of an author being significantly removed in time from the Sengoku Jidai. At this point, a noteworthy divergence from practicality to rhetoric appears. The most notable line from Natori’s work on death states, “If you enter in to a dangerous situation and if the occasion arises, you should not value your life over death,” (166).

In comparison to the other examples, this statement bears a noticeable decrease of practical descriptions and more of a stylistic, philosophical wording. This bears significant resemblance to the precepts known as muga-mushin or “no self, no mind/heart.” In a partial sense, this doctrine receives influences from Buddhism, specifically from the doctrine of no self or no ego. More purposeful for the warrior classes and martial occupations, a philosophical disregard for self, or abandonment of personal interests, creates in a retainer a relaxed, focused, and determined sense. Benedict describes this state of mind as,

The philosophy which underlies muga underlies also “living as already dead.” In this state a man eliminates all self-watchfulness and thus all fear and circumspection.”…It means, “My energy and attention are free to pass directly to the fulfillment of my purpose,” (Benedict 250).

The last significant work this paper examines, Hagakure, transcribed by Yamamoto Tsunetomo, holds special significance in that this single document bears the most responsibility for shaping global opinions of Japanese military-philosophical literary traditions. This work contains one of the single most quoted lines to illustrate in sentence Japanese military-philosophical literary interpretations of death: “The way of the samurai is found in death.

When it comes to either/or, there is only the quick choice of death. It is not particularly difficult,” (Yamamoto 23). This line communicates a state of muga-mushin wherein the individual possesses no immediate sense of self, indeed he relinquishes all corporeal desires and concerns, and instead immerses himself in the immediacy of the moment. Without reservation and negligent of the threat of death, he may be free to act with the utmost of his ability for the sake of his mission. This does not communicate a wonton disregard for the success of the mission, as to throw oneself into a dangerous situation carelessly, without the primacy of loyalty and serving his master in mind, possesses a slight sense of self—self-sacrifice for the sake of self-honor.

Despite the implications of having a larger framework of reference from a more diverse collection of sources, the Hagakure tradition imposes significant influence upon the interpretation of Japanese martial philosophy—an example that ignores larger, more rich literary and philosophical traditions.

As these works demonstrate, the authors that wirte closest to times of war hold a less-philosophically driven approach to death. Instead, these authors favor a simpler pragmatic exposition of life and death matters. Musashi notes that everyone dies, and it is not just samurai that think of this. Instead, the reality of samurai is that their actions of overcoming everyone and everything define them (Musashi 6).

Yagyu emphasizes that training oneself to defeat others proves a relatively simple task to accomplish—the task of being undefeated, however, remains more difficult to arrange (110). Thus, for these two battle-hardened veterans from one of Japan’s most tumultuous times, the emphasis on the discussion of life and death relies not on high-minded elocutions but rather on plain and simple, near technical, distinctions. Arguably, the instructional purpose of these works explains some of this interpretation.

The farther the author’s time from the Sengoku Jidai, however, the more intellectual lofty their writings on death become. Natori demonstrates the initiation of this trend within the works examined, as he espouses abandonment of the sense of self when faced with death (166). This should not suggest that the other works do not contain similar mentions of muga-mushin. The differentiating characteristic between Yagyu and Musashi versus Natori, however, appears in the addition of the more practical, instructional, and pragmatic realities of warrior life as one engaged in a struggle with another.

The height of the philosophical and idealistic development in these texts apexes with Yamamoto who plainly states death is the “way” of the warrior classes and occupations (17). Though the elements the previous authors discuss still bear an implicit connection to Yamamoto, the exclusion of specific description of such matters only highlights that for the authors of the military-philosophical literary tradition of his time the farther removed from war, the less background they possess to relate to pain, suffering, and violence.

This reality arises time and again throughout human history, as Yukio Mishima notes following World War II, “Young people long for death in the abstract, whereas it is true of men who have reached middle age that the more time they have on their hands the more time they spend worrying about cancer,” (100). Applied to these authors, Musashi and Yagyu clearly occupy the roles of the middle age men concerned with practical matters. Natori and Yamamoto (or, rather, the author who transcribed his work) fill the occupation of the young men who envision death in abstract terms.

Though directly, this realization applies to Japanese martial culture, it also speaks towards a larger human condition. Death is the inescapable end to all human experience, no matter the person, time, place, or culture. If anything, this realization gives increasing importance to the process of human creative expression as an effort to preserve against the threat of impermanence the importance of shared and varied experiences in order to increase the diversity of our understanding and appreciation of the universe.