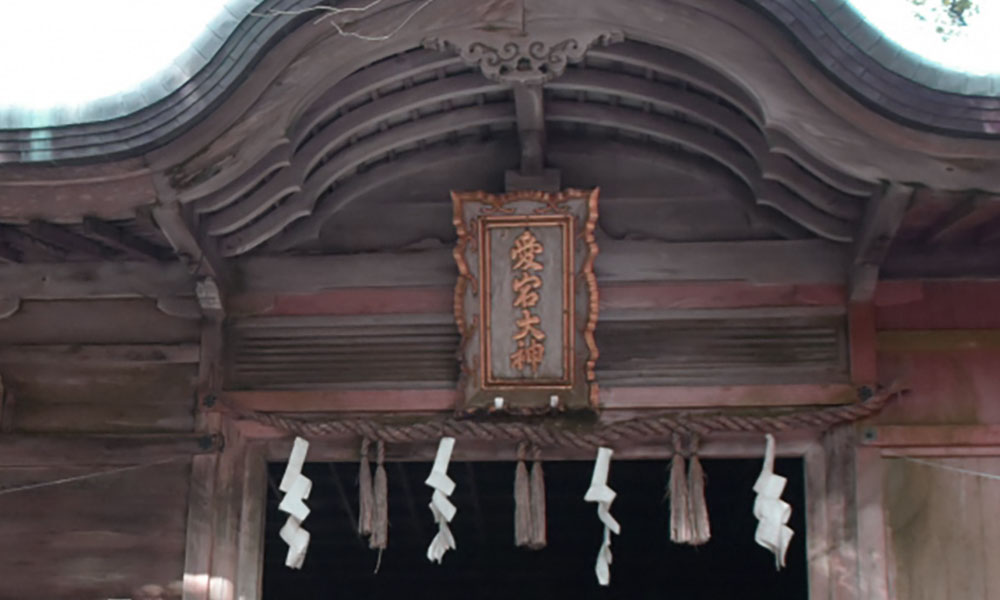 The Japanese people’s reverence of nature dates back to ancient times and is rooted in the religious worship of nature, especially since the prosperity of Sangaku Shinko. This roughly translates as ‘mountain worship’ and originated as a practice in Shugendo in the 7th century as an amalgamation of beliefs and spiritual practices, drawing influence from pre-Buddhist mountain worship, Shinto, Taoism and esoteric Buddhism. And even nowadays worshipers climb to Mount Fuji’s summit to worship the rising sun as part of their belief or religion.

Moreover, in Japan, Shinto and Buddhism had fused and been reorganized into one syncretic faith system, which remained alive, only to be banned during the Meiji Restoration. According to this syncretic belief system, the Buddha assumed the appearance of a Japanese Shinto God, or in other words, he appeared as a Japanese God while retaining the internal nature of the Buddha. This signaled the birth of a new and particular understanding of spiritual authority, which spread in popularity, starting with field commanders during the Warring States Period.

During the Warring States Period, one of the most profusely worshiped deities among commanders was Atago Gongen. During the era of this syncretic belief system, this Jizo Bodhisattsva known as a Shogun Jizo was enshrined at Haku’unji Temple (later on, converted to Atago Shrine) on top of Mount Atago in the North West region of Kyoto. This Shogun Jizo named Atago Gongen was personified as a God of War and was revered by battle commanders throughout the entire country.

A particularly fervent believer was Masamune Date, the Daimyo who ruled in the Northeastern region of Japan. When he moved his encampment to Osaka one summer, his retainer Kagetsuna Katakura, who resided there, went on a pilgrimage to Haku’unji Temple on Mount Atago to pray for victory in battle, and soon after he led the eastern army to victory in the same summer encampment area. As a token of gratitude, he offered the painting of a boar at Haku’unji Temple. In the front piece of his helmet, he inscribed the name (The Great Gongen of Mount Atago) in large letters.

One more historical figure that comes to mind when mentioning Mount Atago is Mitsuhide Akechi, who often prayed there. Mitsuhide Akechi, Nobunaga Oda’s former retainer turned mutineer, attacked his former master and drove him to commit suicide at Hon’noji Temple. When Akechi was praying on the bespoke mountain, he personally planted a Rhododendron flower, whose genus is known to bloom even till this day.

The same Atago Gongen is also thought of as being heavily connected with the belief of the Tengu. The legend has it that among all the Tengu spread out across the country, Atago Tarobo living on Mount Atago is a great Tengu and the most powerful one among them. This legendary Tengu is often thought of as a living creature whose origin is rooted in Shugendo, Mikkyo, as well as in the folkloristic beliefs of various regional communities.

Mikkyo is a collection of esoteric or tantric practices, especially as found in Shingon Buddhism and is also found in Tendai and Kegon schools. His popular depiction as a Yamabushi (mountain priest) probably derives its origin from Shugendo’s practitioners of austerities.

In actual practice, Yamabushi were believed to belong to ‘another world’ separated from the secular one. This other world was a mountainous region and the Yamabushi absorbed the spiritual strength of these same mountains into their bodies. Their prime raison d’etre was to offer themselves as intermediaries between this world and the ‘other world’, granting humanity spiritual strength. It’s possible that the Atago Gongen, whose widely propagated image as a God of War, is the same one as found in the legend of the wildly powerful Tengu, Atago Tarobo.

Another instance of a famous spiritual authority is Izuna Gongen, who among his most famous followers we find Uuesugi Kenshin and Takeda Shingen. Kenshin and Shingen’s long-lasting conflict starting in Kawanakajima, made them rival military commanders, so to speak. They clashed exactly in Shinshu Echigo, and in the northern region close by, there stands Mount Izuna, where Izuna Gongen is worshiped. Both Izuna Gongen and Atago Gongen were similarly viewed as the Gods who granted victory in battle, and both were believed to have the ability to use sorcery to employ the services of Tengu and foxes. This is the reason why it is said that Kenshin as well as Shingen worshiped Izuna Gongen.

For example, according to records, at the time of war, Shingen would always carry a little statue of Izuna Gongen as his protective deity in his breast pocket, while Kenshin attached a small statue of the same Izuna Gongen to the front piece of his helmet. Izuna Gongen is often depicted as a golden colored bird-like Tengu with a flame on his back and riding a fox.

When Kenshin rode into battle wearing the statue on his helmet, he was most likely invoking Izuna Gongen to bestow his army with divine protection while also to lead them to victory. What is most interesting is that both generals Takeda and Uyesugi, who are considered the unrivaled forces in the Warring States Period worshiped the same deity. What’s more, no absolute victory is recorded to have been reached during the battle that took place at Kawanakajima as Uyesugi dominated the first half of the battle, while Takeda the latter half. Taking this into consideration, it’s possible to say that both generals clasped their faith wholeheartedly while confronting one another.