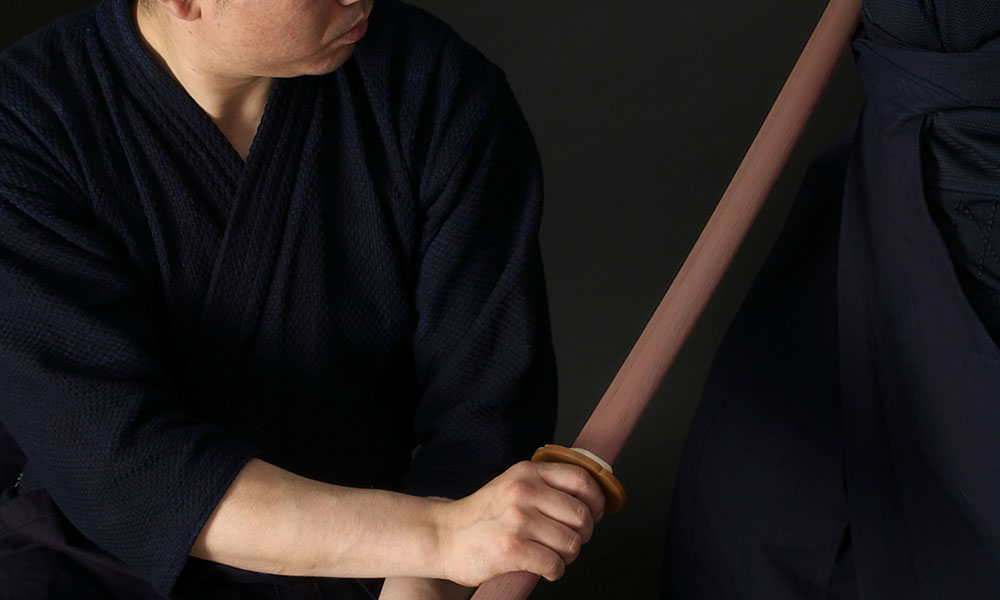 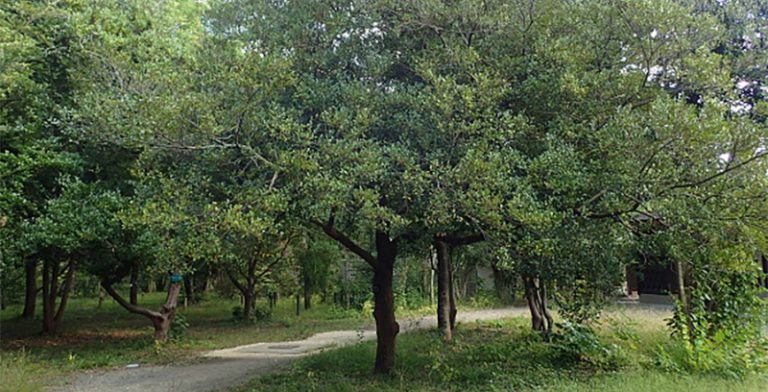 The isunoki tree (English; distylium racemosum), often shortened to isu in Japanese, is an evergreen, broad-leaved tree that stretches up to 20m in height. It grows mostly to the east of the Kanto region. Often the leaves will have insect galls forming on them. In the old days, children picked up the galls which were empty after the insects had left, and used it as a pipe. This was often called the hyon fruit. Because of this, the isunoki is often called hyon-noki. Often Japanese people would say “Hyon-na koto kara” meaning something accidental, but some theories that this “hyon” comes from hyon-noki. That is how much isunoki is connected to the Japanese life.

The bark is light grey but as the trunk becomes thicker it gains some red. The wood is very heavy and hard and strong, but it is difficult to cut and trim, and requires innovation. It is therefore often grown as street trees or used as furniture, tools, instruments (such as the plectra of shamisen and biwa), machinery, and lathe. Another use is to let is rot in the wind and rain for a long time, then polish it and used it for flooring. In Kyoto this is called shari. Some are even cut down and left there for several years. When the surrounding wood disappears and only the inner wood is left, that is called nusuke. The shape is elegant and it is incredibly tough and shines nicely after polishing. It is highly valued and used for high quality alcove posts, door frames, and lintels. It can even be burnt, and the isubai, or the ash, is used in the making of the famous vessels of aritayaki for its fluxing.

About its strength, there are measures of “shearing strength”, “bending strength”, “pressure strength”, and “dry-weight” (which shows its density). In all these measures, it shows a much higher value than the white oak (shirakashi) or the red oak tree (akagashi). It is one of the heaviest and strongest wood among all the trees that grow in Japan. Famously, in the Jigen school of sword-fighting the isunoki is used for the sword.

Isunoki is still called yusunoki in Kyushu. The comb that appears in the ancient mythology is said to be made from a yutsu tree. According to some, this yutsu changed to yusunoki and further to isunoki. Now, it has the kanji 結寿の木 (Tree that ties longevity), and used in traditional crafts and everyday sundries as a wood that brings good luck. If you buy a wooden sword made from isunoki and carve in some words that bring good luck as a present, it is sure to be met with much appreciation.