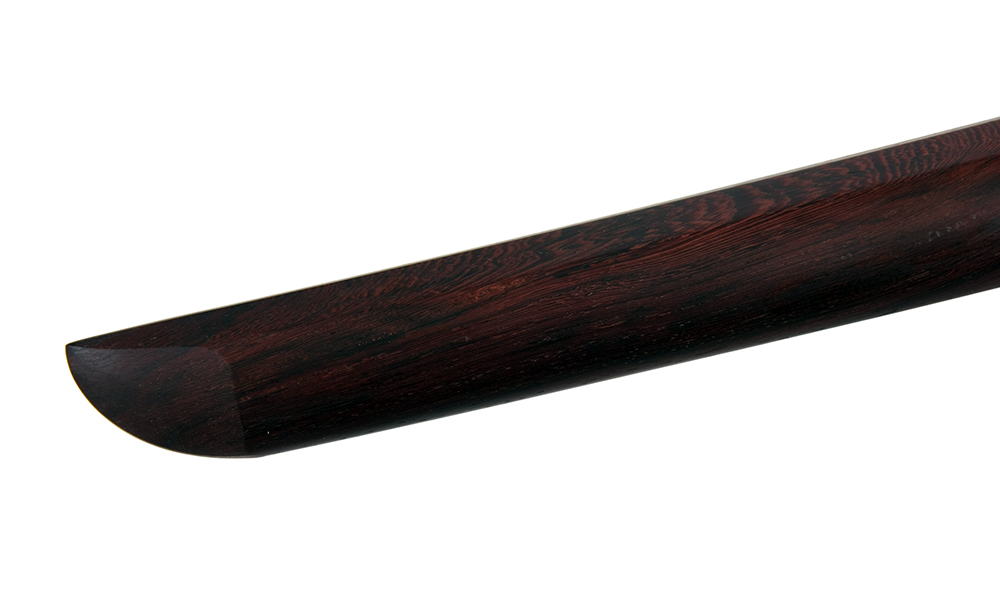 For bokken, people from old time have always preferred heavy, hard wood. The oak tree, the distylium racemosum (isunoki), and the loquat tree are among the wood favored by swordsmen, but among them are wood that was said to be as hard as iron. One is called tetsuboku (iron wood) and the other tettouboku (iron sword wood), The two are similar in name and are often confused.

First, the wood called tetstuboku is an umbrella term that includes wood from the trees of Mesua ferrea, Intsia bijuga, and Eusideroxylon zwageri. Among those involved with wooden swords in Japan, these are often sold as shikokutan or murasaki-kokutan (purple-black tree). Especially the mesua ferrea has a density of 1.122kg/m3 and is known as the heaviest wood.

The most common tetsuboku for bokken(wooden swords) is the Eusideroxylon zwageri, which is also known as ulin. Ulin is an evergreen, broad-leaf tree of the laurel family and is commonly found in the Southeast Asian countries such as Indonesia and Malaysia. They usually grow spontaneously along the coast and are therefore resistant to corrosion, and because of its incredible hardness it is used for wooden decks and floating piers, but because of the difficulty in processing the wood, its range of use is actually quite limited.

It has a high density and is sometimes called “iron wood” in English. It was very popular for bokken a while ago, but because the fiber is too hard and has little tenacity, when hitting against other swords, it splits easily. Because of this shortcoming, it is mostly used for ornamental wooden swords today.

The tagayasan (Senna siamea) is also grown natively in Southeast Asia countries like Indonesia, Myanmar and Thailand, but unlike the tetsuboku it is a broad-leaf tree from the legumes family. In Japan, it is variously called tettouboku(literally meaning an iron sword wood)and, like the blackwood or purple wood, it is considered representative of high quality wood. The wood is hard, durable and resistant to corrosion.

From old times it has been used for alcove posts, household furniture, the family alter (butsudan), rosaries, and canes. It is very dense and it can sink in water and when processing the wood the blade of the saw can get damaged. The leaves, chutes, root, flowers and seeds are valued as medicine too, and is considered effective against stomach pain, constipation, and malaria. One of the characteristics of tagayasan is that it takes a long time to grow – up to 100 years – until it can be used for wood.

Generally the core and the outer parts grow at difference speeds, and because the core grows slower it becomes hard, but sometimes the core grows too slowly which often causes trees without cores to wither and die. This is why the core part became very hard, and it has been considered wood that is hard like iron swords. Because of these characteristics it is suited for bokken, and its unique and beautiful wood patterns make it also popular for ornamental swords and gift swords.

Both wood are difficult to obtain these days, and because of its continued popularity its rarity value is likely to keep increasing.