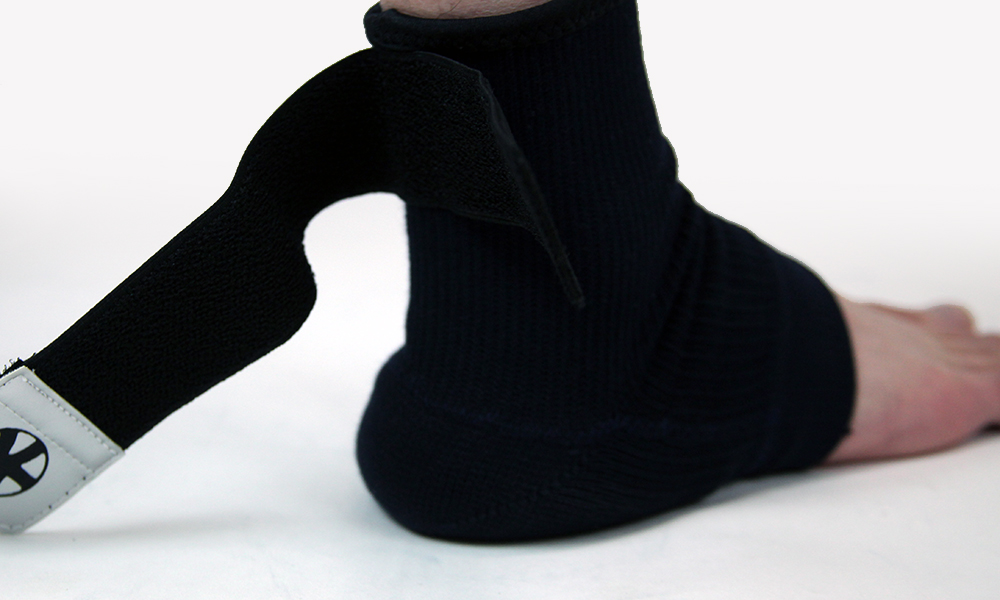 For kendo matches, some may be wondering whether it is fine to use foot supporters. For those who have pain in their foot, or those who do not want extra pressure on their foot, supporters play an important role. Many are thinking they would like to use them if it is not a problem.

In conclusion, the use of supporters during matches are accepted in the Kendo Match Referee Rules. In Article 7 it says:

“Use of supporters are allowed when deemed necessary due to medical reasons, provided they are not unsightly or cause harm to the opponent.”

When doing kendo you often have pain in your heels. There are many reasons, but often it is caused by poor stepping. Because of this, some people use supporters even during regular practice. For supporters around the heels, it can be used when it is deemed necessary due to medical reasons.

Because of this regulation, there is no need to submit any doctor’s notes. Usually, before the match you would report it to the court manager. As long as you mention it the use of the support will be accepted, so if you are considering using it you should take note of this.

However, in some cases the use of supporters will not be accepted. In the following instances, even with a proper reporting it will be declined.

These will be seen as for non-medical purposes, so they will not be accepted. Make sure you check carefully before you purchase them. 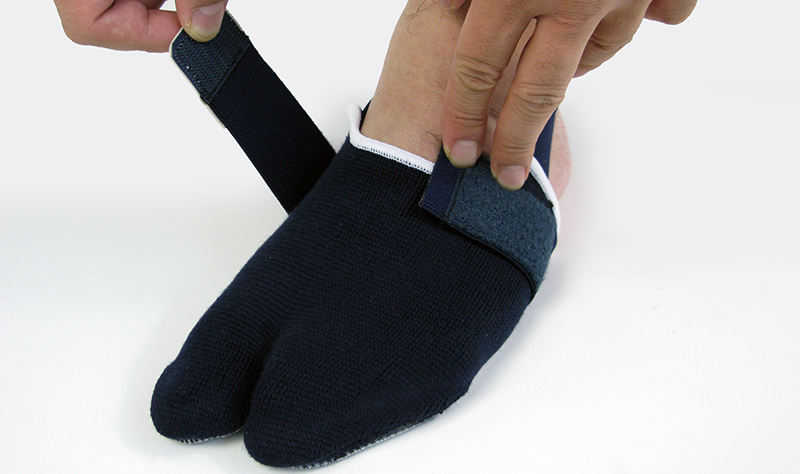 Often when training gets hard, you can be blisters or peels in your feet, and it can get worse. It is important to know how to prevent them and how to treat them when you get them.

Blisters are a given in kendo. Since kendo is practiced barefooted, it cannot be helped, so it is best to take preventative measures beforehand. An effective way to prevent blistering is taping. Put taping around the area that is likely to get blisters, and also when you already have blisters and where the skin is peeling. Taping can contain much of the pain, so you can keep training even when you get blisters.

There are many ways to tape. You can tape directly, but that can cause pain when taking it off. To prevent this pain, you can attack a thin sponge around the area before taping. It acts as a cushion and also prevents the tape from peeling the skin when removing it. Also, simply wrapping the tape round and round your foot may cause the tape to come off during training, so when taping try and wrap it between your toes too. This will prevent the tape from falling off during training. When the blister peels during practice, finish early and go to a dermatologist or a specialist to get treatment.