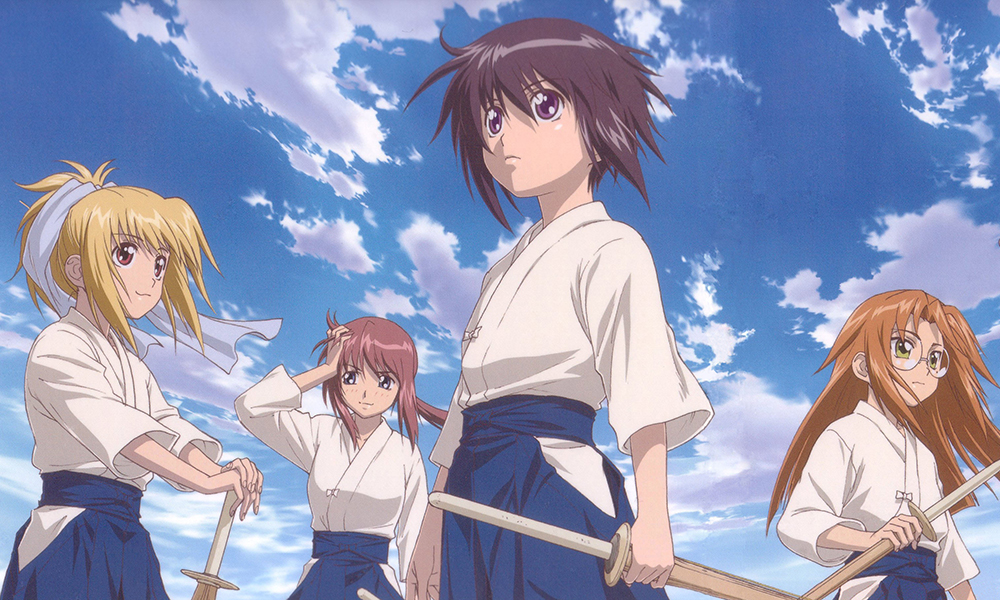 Japanese manga is known all around the world simply as “manga”, and the number of manga genres are endless. Although not many, there are some that have kendo as the main theme, so I will introduce these here.

First, “Musashi no Ken” was very popular in the 80s. The author, Motoka Murakami, wrote a time-travel manga named “Jin”. In Musashi no Ken, the protagonist Natsuki Musashi is born to parents who are both known to all in the kendo world.

Because of that, he had great physical ability from a young age, and he was a very impish young boy. As he met his rivals who all refined themselves through kendo, and experienced his father’s death, he grows up to be a decent young man. It’s called the Bible of kendo manga. It was turned into an anime and even into a game, and brought about a kendo boom in society.

Next is “Shippu-Doto” by Kenji Morita. Retsu Nagato is an introvert but he was inspired by an older student who helped him out when he was ganged up on by some rough boys and he takes up kendo. At first, his introverted personality caused him to run away from the tough kendo training, but gradually he grows in both body and mind, and starts getting good results in team matches. This work takes on a typical manga build up where a weak boy grows up through kendo, and also touches on kendo being a team sport, not just an individual sport. There is an aspect of a mental battle, as in who plays who and how to get to the opponent’s strongest player.

The last one is BAMBOO BLADE. The title is an obvious reference to the shinai. Ishida, the teacher in charge of the school kendo club, runs around the school looking for players who can participate in the girl’s team match which has suddenly been arrange. He finds Tamaki Kawazoe, a female student, who was protecting herself with a bamboo broom. The quality of this manga lies in it being a light-hearted, school club story. Usually sports manga, and especially kendo manga, is about practicing hard out and wearing your heart on your sleeve to fight in matches, but in this work there are hardly such scenes.

The protagonist Tamaki only began kendo because here family owns a kendo dojo and does not have a strong love for it. When Ishida asks her to join the team match she reluctantly accepts it, and even after that does not show much motivation. But as she interacts with others in the club who joined because they really wanted to do kendo, she has a change of heart. And Ishida, who at first was unreliable and not very good as a coach, sees the change in Tamaka and he starts to mature as a coach too.

There are many people who take up a sport because of the inspiration they received from a manga character. It would be great if the beauty of martial arts can be understood by more and more people as martial arts is depicted more and more through manga.