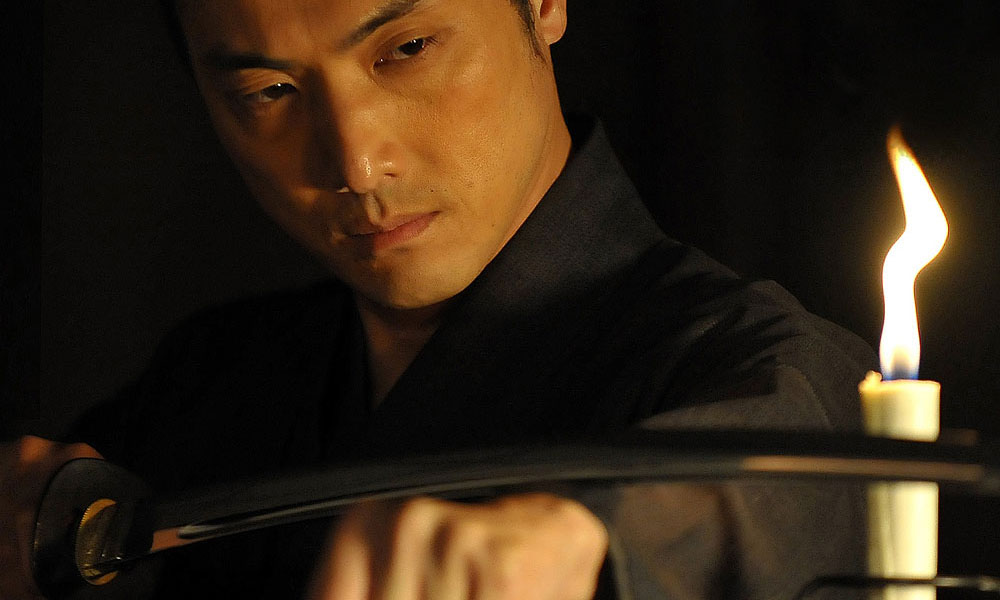 A long-awaited period film depicting the culture of bushido with heart-racing action and realistic sword fights!

“Bushido”(original Japanese title: Shundo) is an authentic period film brimming with tension and bloody samurai sword-fight scenes. Regarded as representing the pinnacle of Japanese independent films, this work was written and directed by Yasuo Mikami. “There were no period films that I particularly wanted to watch, so I figured I would just have to make my own.” The end result is based on his first independent 16mm film of the same title that he produced 33 years ago.

Featuring as the sword master in pursuit of the spirit of bushido is Takehiro Hira, a rising star of period films. He has performed in a number of significant works already, and has the uncanny ability to mesmerize audiences with his powerful presence on the screen. The film also boasts a rich line-up of top Japanese period film stars such as Gou Wakabayashi, Yuuki Meguro, Takeo Nakahara, Asahi Kuritzuka and Tamao Sato. Tomohito Wakizaki, who plays the role of an enigmatic young samurai, rose to the challenge to perform a spine-tingling sword-fight scene in the snow, all shown at regular speed.

Leading masterminds of period films were brought together to form the crew, including Hiroshi Kuze for swordplay choreography, Takaaki Miyanishi for lighting, and Shinichi Ito for sound effects. In addition, the entire film was shot on location inside important cultural properties in Japan such as Iga, a castle town in Mie, as well as in the snow in picturesque Kyoto, Shiga and Fukui. Look forward to the powerful rhythmic pounding of Wadaiko Hiryu drums brought to you in 5.1ch in theaters to set the mood for this much awaited authentic period film! 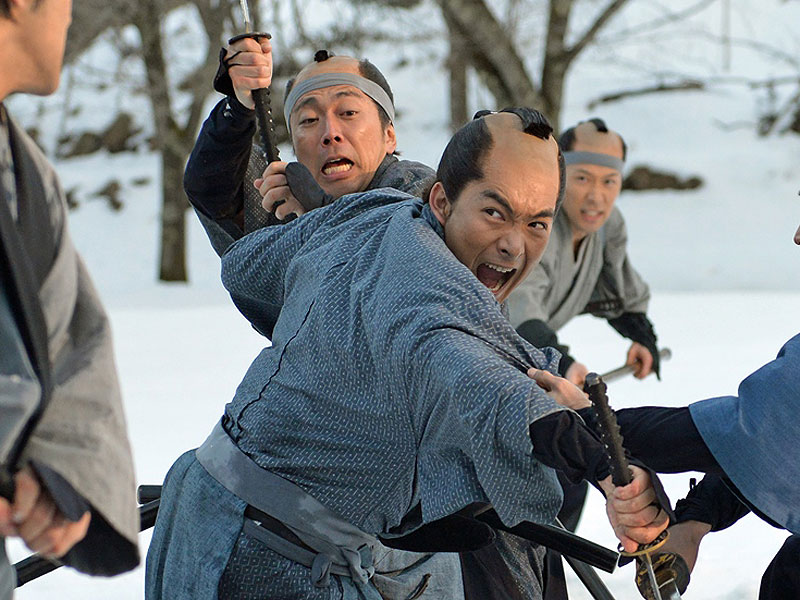 Honor for a man, honor for a samurai, and honor for a servant of the shogunate. Their codes of justice now clash!In 1735, three years after the great famine of Kyoho, the feudal domain of Inabain the San’in Region seemed to have regained a semblance of stability. However, Lord Deputy Minayoshi Araki (Go Wakabayashi) receives a report that Juzo Matsumiya (Yuuki Meguro) was dispatched from the shogunate to Inaba as an instructor of swordsmanship. Sensing something is wrong, Araki orders his right-hand man,Taigo Funase (Takeo Nakahara), to keep an eye on Matsumiya.

Also residing in the Inaba domain is a sword master named Daihachiro Harada (Takehiro Hira), a young samurai called Hiroki Kagawa (Tomohito Wakizaki) and his older sister Yuki (Tamao Sato). They lost their beloved father when they were young, but Harada strives to facilitate his young charge Kagawa’s lifelong dream to train in swordsmanship in a neighboring domain. Funase reports to Araki that he has acquired a secret letter by Matsumiya to the shogunate. The letter cryptically states, “I have discovered all about the Inaba domain.” Araki also hears that the shogun’s envoy, Takamine Nishizaki (Asahi Kurizuka), is fast approaching the domain. If Nishizaki is able to liaise with Matsumiya, the Inaba domain will surely be eradicated by the shogunate. Araki must quickly make a fateful decision. What will this mean for Harada, Funase, Kagawa and Yuki…?