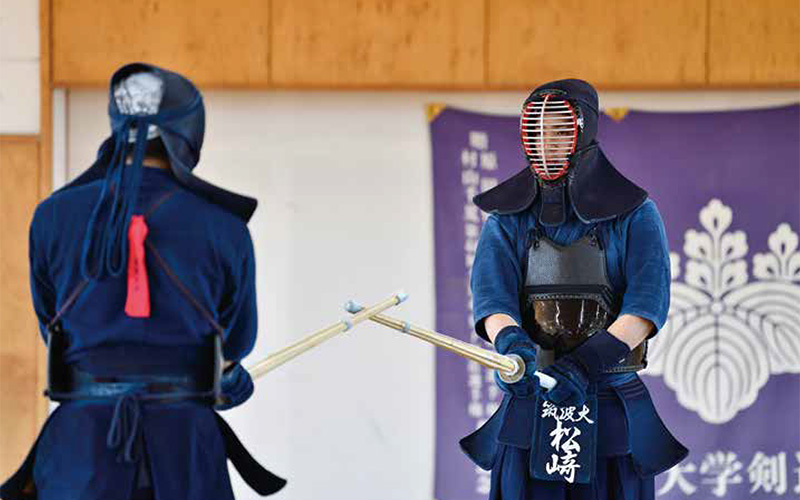 So, what is the full story to Matsuzaki becoming so accomplished? While we can only get a glimpse, it is worth it. December of his second year of junior high school Matsuzaki was the Taisho for his team in a prefectural tournament. He was defeated, and the team was knocked out of the tournament.

My father, who had been watching the tournament, was very angry at me seemingly losing the match so easily. He said that he was going to throw out my shinai and bogu. He actually put them all into a trash bag and said, “Just quit kendo.”

Normally, under those circumstances, those things would quickly be returned. The Matsuzaki household was different. Even if he begged, his father would not relent. The only thing Matsuzaki could do was to show his dedication to kendo.

I started by running and physical training. After seeing this my father returned only my shinai. So, the next thing I did was doing hundreds of suburi every day. I think it was more than a week before my bogu came back. This period is when I wanted to do kendo the most, so one week felt like such a long time.

After this single incident, Matsuzaki’s motivation towards kendo drastically increased. There was of course the keiko at his middle school, but he also continued to attend his regular dojo Masaki Youth Kendo Group as well as showing up at the Nagasaki Prison Guard keiko. These were days when having keiko two or three times a day was the norm. This took him physically to the limit of a middle school student, but more than the hardship, the fun he had doing kendo held him upright.

The keiko with the Nagasaki Prison Guard keiko is where I would get especially beat up, but I strangely have memories of it being very fun. The officers were all very strong, and this gave me a feel for understanding that I wasn’t good enough the way that I was.

After giving everything in pursuit of kendo, he finally had a ticket to an All Japan Tournament. It was precisely because of this strong conviction that he felt a great sense of disappointment at not being able to take the number one spot.

When he entered Shimabara High School, he had already been unable once to stand on the summit of a national competition. In his second year, he was second in the group division and third in individuals in inter-high competition. In his third year he got to rub shoulders with the Kyushu Academy who were at the time largely considered the strongest in Japan. While he was only a few steps away, he was again unable to hold the large ceremonial flag presented to the champion. However, it would be fair to say that the three years he spent at Shimabara High School shaped who Matsuzaki has become today.

It was three years in which I was able to fully immerse myself into the world of competition. While always keeping the basics central, I learned to value every second of every minute, and it made me very aware of the value of everyday keiko. Especially the mentality towards competition, which I learned From Coach Watanabe. I consider this to be a great asset.

Shimabara High School is known among the strongest schools in Japan for having very short keiko. This is because to the staff, seeing what kind of results can be achieved in a short keiko is the key to competitive matches.

Even if it is Shimabara High School, just by simply doing keiko you’re not going to get stronger. Why Coach Watanabe is employing this system is that he believed that collecting the essentials and what has real meaning and keeping those things with you as you practice is important. Depending on how you interpret the words you receive from the coach at a tournament can really affect the degree that you progress. As I was able to become independent as a person through kendo, I believe that Shimabara High School was the perfect environment for me.