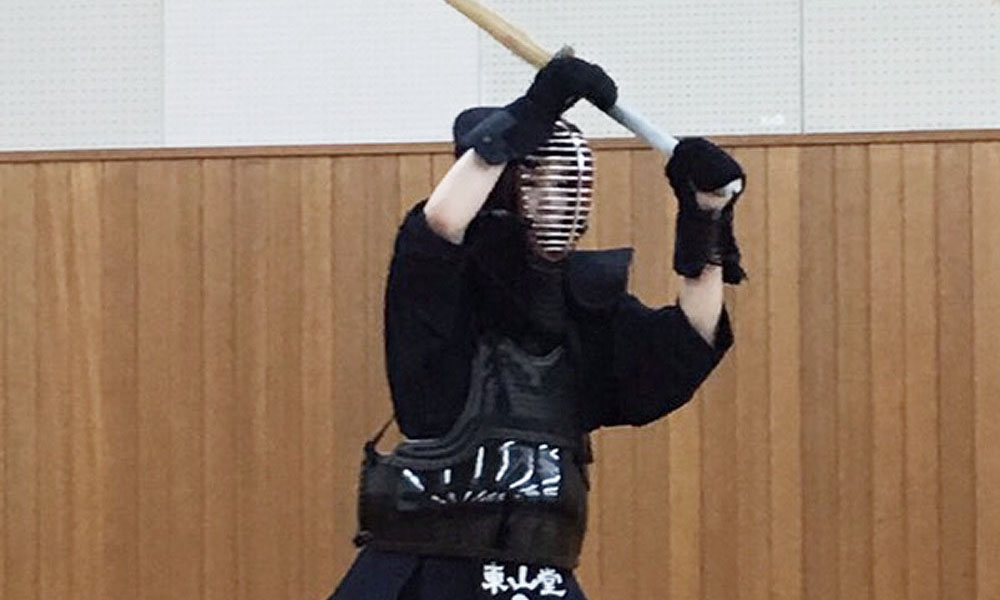 In the Jōdan stance you raise your Shinai up above your head, leaving your torso wide open. Unlike when two Chūdan practitioners fight, there is no offensive Shinai techniques such as Harai-waza going on between the two practitioners while they try to create an opening to attack, and this might at first glance make you think that the Jōdan stance is full with openings.

However if you try to attack such a Jōdan practitioner carelessly, you might get hit with a high speed downward swing from over the head. The Katate-waza is a characteristic technique in the Jōdan stance where you swing using only one hand, the increased Maai enables you to strike from a distance and creates a powerful weapon that makes it harder for anyone to approach carelessly, making it a threat to any Chūdan practitioner.

When I first started using the Jōdan stance, I used both hands to hit the Men, but as I got more used to it, my Keiko naturally became centered around Katate-waza. When you use the Jōdan stance you can’t open or close your arms too much, either of them will make it harder to strike, so it’s important to find the perfect balance where you can strike as smoothly as possible. I spent many hours to make sure that I always keep the same stance like that.
The way you angle your arm has a big effect on the impression of your strike. From having taken your stance to throwing out your right hand and the way you grip the Shinai (Tenouchi) at the striking moment, you need to be conscious of the Sae. If you feel like something was missing or lost your concentration, your form will collapse and the hit will be invalid.

To improve and strengthen your Sae, it’s of course important to improve your technique, but when it comes to swinging your Shinai with one hand, you will also need physical strength. If you just swing the Shinai making use of its weight you won’t be able to control the strike and instead you will be the controlled by the Shinai. That’s why it’s important to do one hand Suburi to increase your physical strength. When I started out, I did not have enough physical strength and also made the mistake of being controlled by the Shinai, but once I started doing one hand Suburi I was able to gradually improve my technique.

At first you need to increase your physical strength by using heavier Shinai and Bokken to do Suburi, after you get used to that, the next stage is to use a light Shinai for Suburi to increase your speed, perfect your Sae and increase your precision. Once you learn how to properly execute the Katate-waza, you will be able to hit people from a distanced Maai before you enter their own Maai.

To improve when you are using the Jōdan stance you don’t only need technical skill, I also believe that you need to be strong mentally. Since a Jōdan practitioner can’t attack the opponent’s Shinai directly, you will need to attack them using your Ki and mentally using pressure and feints. It’s very important that you are constantly prepared to overwhelm your opponent even if it is with spirit alone. I believe that if you take your stance with a strong faith and will behind it, it will eventually become the key to improving your game.