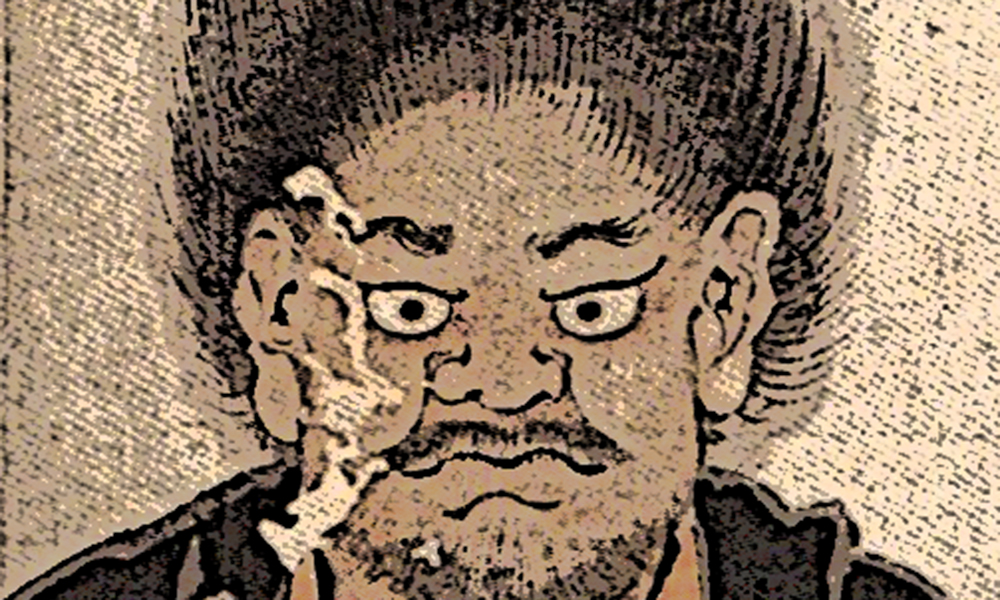 Look at your opponent’s face, as taught by young Miyamoto Musashi

Let us also break down Miyamoto Musashi’s teaching on the eye too. Musashi is known for his teaching on “Kanken no me” but long before his famous “Gorinsho”, he wrote the following at the age of 24, after defeating Yoshioka Ichimon in combat, in his first martial arts book, “Heidokyo”:

“The eye should be on the face. Do not look anywhere else. Since the heart is revealed in the face, there is no better place to look than the face.”

Here he says clearly to look at the face. But he carries on like this: “Look at the face of your foe as you look at the rocks and trees of an island a few miles away with a slight fog over it…” The example is complicated, but this ties into some of the content he writes later in “Gorinsho”.

More interestingly, In the “Wind” portion of “Gorinsho”, Musashi actually disregards what he wrote in “Heidokyo” himself, in the section,

“Other schools have teachings under “the eye” and teach that you should look at the sword, or the face, or the feet of your opponent, but when you think excessively about looking at something particular, it leads to confusion and gets in the way of your tactics. For example, those who do kemari (ancient Japanese play similar to football lifting) do not focus particularly on the mari (ball) but can kick it well with many skillful techniques. As you master something, you no longer have to look at it with your eyes. Those who practice acrobatics, once they have mastered their way, can place a plank on their nose or juggle many swords at once. It’s not that they are constantly looking at the objects, but since they are so used to handling those objects, they can naturally see them.”

In Gorinsho, he emphasizes “seeing with the heart” or “knowing your foe’s sword rather than looking at it”, and he seems to have backed off from the teaching of “looking at the face”. As he accumulated much experience through real matches, Musashi seems to have attained a new level of higher understanding.

However, it may also be true that for Musashi, who fought over 60 real sword matches by the age of 29, what he wrote in “Heikyodo” during his prime is contains more practical and effective advice.

Back to the previous number