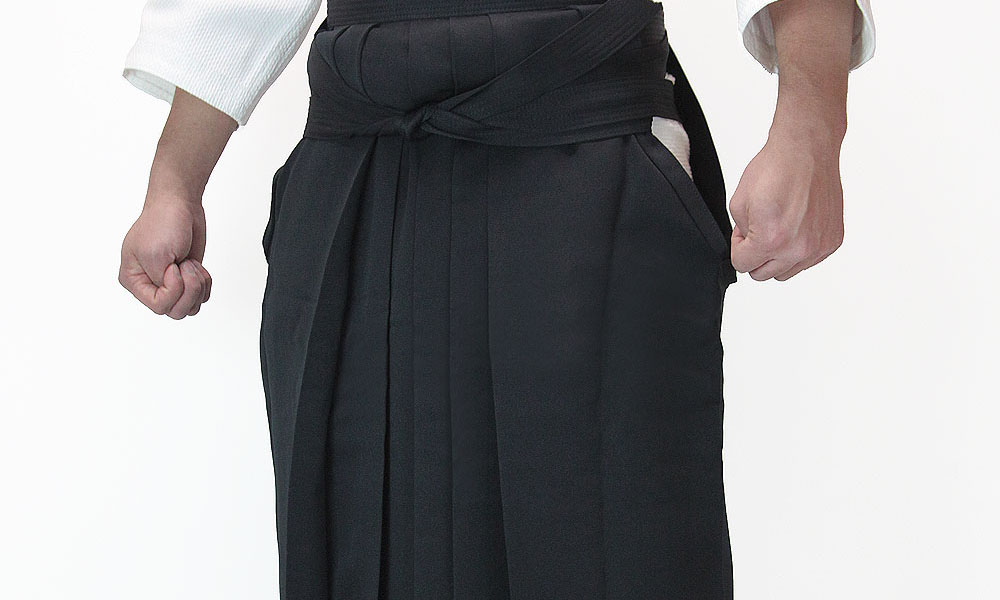 About 20 years ago, getting a good Aikido Hakama would require you to either come to Japan yourself, or try to contact one of the few stores that would accept mail-orders and ship internationally. Additionally, if you didn’t know any Japanese, then it could have been quite hard to even communicate with the Japanese staff. Being an Aikido practitioner overseas was most certainly very inconvenient and time spending at that time.

Nowadays the world has changed, whether you get one directly from Japan online, buy one that is sold locally from one of the Budo stores in your own country, or buy one directly from Amazon or any other major online shopping mall, it’s easier than ever to buy a Aikido Hakama. While it’s certainly easier to buy Hakama nowadays as you don’t have to know any Japanese or have long letter conversations, phone calls or send a fax to make your order, with the large variety of products available out there, it’s increasingly hard to actually find a good quality Hakama.

So what makes a good quality Aikido Hakama? Of course, it should be durable, comfortable and look good when you wear it, but how do you know which Hakama has all these qualities? The Aikido Hakama features soft and flexible rubber Koshi-ita and comes without a Hera, meaning that they are Hakama specifically made for Aikido. This is since a Hakama with a hard Koshi-ita and Hera which are seen on Kendo and Iaido Hakama are not suitable for Aikido as the Koshi-ita and Hera can cause injury to a Aikido practitioner when performing Ukemi and when falling in general. 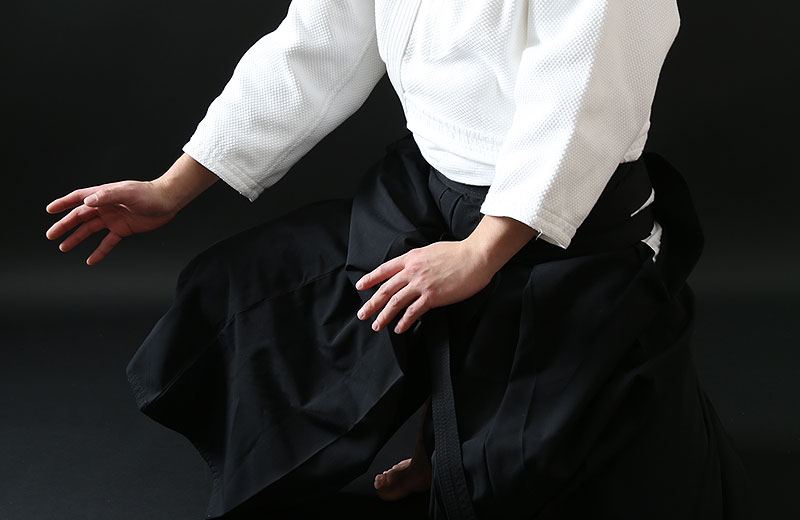 Having established the basic details of both Hakama, let’s look at the overall appearance. A good Aikido Hakama like the Tozando Hakama is very sharp, the pleats are neatly ironed which also gives off a better impression when you wear the Hakama.  If the Hakama looks very untidy and bulgy as well as the pleats are not as sharp or well ironed as the Tozando’s is, the overall appearance looks completely different.

The angle of the pleats on the Tozando Aikido Hakama has been calculated with the utmost care, and as a result the pleats will stay neat without opening up to much when you wear your Hakama.

The good Aikido Hakama also features Aikido Cut, meaning that the front of the Hakama is made slightly shorter, to allow you to perform swift footwork more easily without getting caught up in the hem. Also not only does Aikido cut make your silhouette even better when wearing but prevent the front part of the Hakama from getting in the way when performing techniques.

The Tozando Aikido Hakama has very straight and nicely pressed pleats, and this is very good because the puffy pleats may seriously affect the appearance of the Hakama when wearing. It also features inner-stitched pleats by default, while most of other Aikido Hakama do not. By stitching the inner pleats of the Hakama, it keeps the beautiful form of the well pressed pleats for a longer period of time,  and also, since the inner pleats are stitched, it’s very easy to fold your Hakama as the pleats are partly held in place by the stitches.

In addition, you can also wash your Hakama without having to worry about the pleats loosing their form and having to re-iron the Hakama after washing it. Overall, having inner-stitched pleats helps keeping your Hakama nice and tidy for a long time.

The side slit containing a straight seam that sews together the front and back part of the Hakama, is very vulnerable to tearing, as such the Tozando Aikido Hakama is reinforced in this area to prevent tearing and raise the durability of the Hakama. If it is not reinforced and only stitched together with three lines of horizontal stitching, this part gets weak and will eventually result in the slit tearing up. As the Hakama is often stretched in various ways when you perform various Aikido techniques, be it standing or sitting down, having an area which is prone to tearing if pulled or stretched can be fatal for the Hakama which is why reinforcing the side slit is a must.

The good Aikido Hakama is nicely stitched at the edge of the hem. Thanks to this, the bottom hem becomes flat and looks a lot more tidy in addition to being less prone to get caught in when performing footwork while wearing the Hakama. On the other hand, if it does not have any stitching on the edge of the bottom hem,  the bottom hem looks very bulgy and creates a clear ridge; and the result it is not so aesthetically appealing when you wearing Hakama .

With the good Hakama, the part where the Koshi-ita is stitched together with the Hakama, is neatly sewn together so that there is no parts sticking out that can get caught and cause damage to the Hakama. If the part of the fabric that forms the back piece of the Hakama sticks out from behind the Koshi-ita, it is aesthetically unappealing  and creates a place that can tear when you use your Hakama. This is also especially noteworthy since the Koshi-ita is usually hand-sewn onto the Hakama, so if not stitched properly, it is an area that is prone to tearing, much more than the parts that have been sewn with the sewing machine.

As Tozando’s tailors have many years of experience making both traditional Hakama and Hakama for Kendo, Aikido and Iaido, the techniques and care they apply to the products are unrivaled. In addition, the Tozando tailors are in constant contact with the staffs who regularly practices Aikido and thus, the Tozando Hakama are made by Aikido practitioners for Aikido practitioners. Because of this, Tozando has incorporated many details to make the Hakama very easy to use for anyone who practices Aikido.

In conclusion, not only is the good Aikido Hakama made to be durable, comfortable and look good, it also handy features such as a nice smooth fabric, an Aikido cut especially for Aikido, inner-stitched pleats, edge stitching on the bottom hem, 7-lines of stitching on the front Obi all the way and even two loops on the inside of the Hakama that allows for easy hang drying after washing you Hakama. Needless to say that the most important when buying Aikido Hakama is not the price, but what you get for your money.