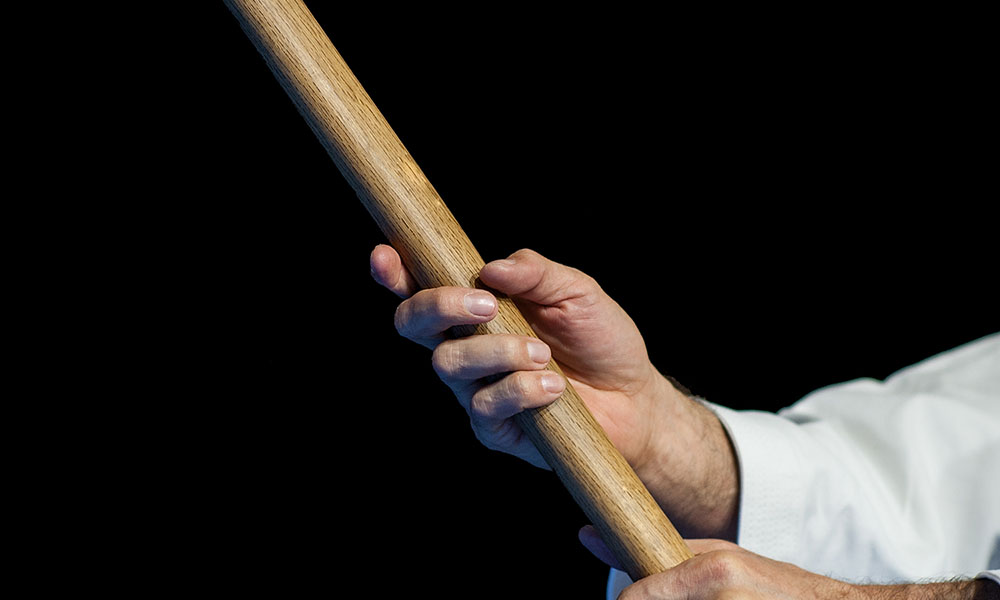 Miyamoto Musashi is legendary Japanese swordsman known not only to all in Japan but even to many around the world. He has been appeared as the main character in many novels and movies. He is possibly the most well-known swordsman, and the strongest swordsman. He himself wrote in the Gorinsho that he has never lost a fight in his life with a real sword.

The one that got away?

Yet, although it is merely an oral tradition, there was apparently one warrior who broke Musashi’s unbeaten record. His name is Muso Gon’nosuke. His date of birth and death are unknown but he is thought to have been a swordsman in the early Edo period, and thought to be the founder of “Shinto Muso-Ryu Jojutsu” which still lasts to this day.

According to the records, Gon’nosuke applies his Shinto-ryo to challenge Musashi but is resoundly defeated. After that Gon’nosuke goes through intense training to try and beat Musashi, but when he visited Mt. Homan in the state of Chikuzen (modern-day Fukuoka), he received a heavenly oracle that said “use a round tree to know the water-moon (one of the Japanese gods)”. From then on he decided to change from using a sword to a wooden cane. Gon’nosuke was not only a skillful swordsman but exceeded also in using the spear and also the naginata (Japanese halberd). He developed “jojutsu” (skill of the cane) by combining all these other expertise using a wooden bar.

With his newly acquired jojutsu, Gon’nosuke fought Musashi again. In Gon’nosuke’s school, the tradition says he won, but in Musashi’s tradition it was it ended in a draw. Either way, by switching from a sword to a cane he gained the skills to match Musashi.

What, then, is this jo-jutsu?

The can is about 128 cm and the round tip is 2.4 cm wide. One can plunge like a spear, swing like a halberd, hold it like a long-sword. In this way it combines the technique of many different weapons in infinite variety. The moves are designed to fight against swords, like hitting in a way that the top of the sword would slip, or go for the fists when the opponent attacks.

Furthermore, these techniques are designed first and foremost to overpower the opponent without killing him. This reflects the supreme value of the samurai. Shinto Musoryu Jojutsu is valued as a martial art genre called “torite” which aims to subdue someone who is causing trouble with a sword.

It was taught within the Kuroda-clan in Edo period as an exclusive household skill. Even now, it is reflected in the way the police forces perform arrests, and it has been passed on as a modern martial art called “jodo” which is affiliated to the All Japan Kendo Federation.

Jodo is now one of the three martial arts governed by the ZNKR (All Japan Kendo Federation) alongside Iaido and, of course, Kendo. Many practitioners see these arts as inexorably linked – the three sides of the same triangle as it were. The principles in jodo are seen by many to bring a lot of transferable skills to iaido and kendo – study of two or all three martial arts are often encouraged by teachers.

Particular elements include the ability to judge and control distance as well as broader understanding of the limitations of the sword as a weapon. It is also seen that the practice of kata helps bring more of the versimillitude valued in the Kendo Kata to a practitioner’s budo. Appreciating one’s iaito or shinai as shinken is key to achieving a higher understanding of one’s pursuits.