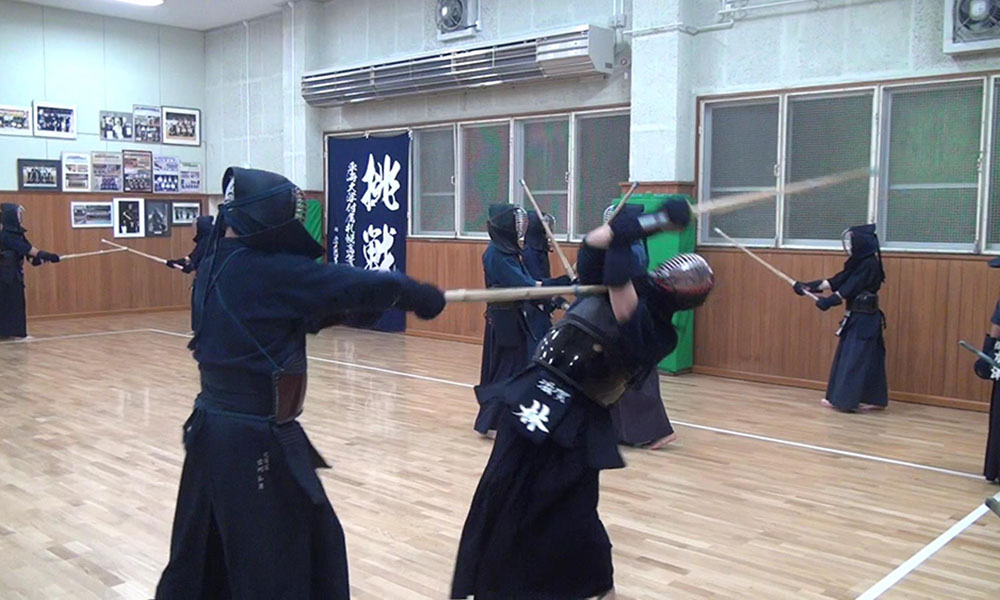 Tozando has developed an attachment for the Men, called the “IBB Safety Guard”, which comes attached by default on many of our newer Bogu series and Men, and protects your throat against Tsuki.

To confirm how effective the IBB Safety Guard can be, we asked Tozando’s Hayashi Kyoshi 7-dan to go to Hokkaido and get struck by Hanshi 8-dan Furukawa Kazuo Sensei, said to be a master of Tsuki.

Below you can see a video of the Keiko in question:

Once you start high school in Japan, it’s allowed to start using Tsuki.
In the past there were also certain schools and Dojo that would ask you to do Mukae-Tsuki during Keiko. Nowadays I believe such schools and Dojo have decreased, but I still remember seeing Kenshi that would have bruised throats and necks back in the day. Even among the employees in Tozando, I have heard stories about them being made to practice Tsuki during their high school days, after which it would get hard to breathe and they would even feel severe fear during such practices.

When you grow older, the precision of Tsuki also becomes worse and a badly placed Tsuki might result in serious injury or even death. Faced with such reality I thought long and hard about what Tozando can do for our customers. I think it’s the responsibility of a company that makes Bogu to ensure that the wearers can practice Kendo safely.

As the Kendo population increases, and to promote the further growth and development of Kendo internationally, safety will definitely be of the outmost concern. So that’s why we developed the IBB Safety Guard for this purpose.

At Tozando we also sell Bogu sets which come with the IBB Safety Guard by default at very competitive price points.

For the sake of the Kendo community, as a Budo equipment maker, we will keep developing new products such as the IBB Safety Guard to ensure the safety of all our customers from now on also.

Tozando is a company that thinks about the safety of Kenshi